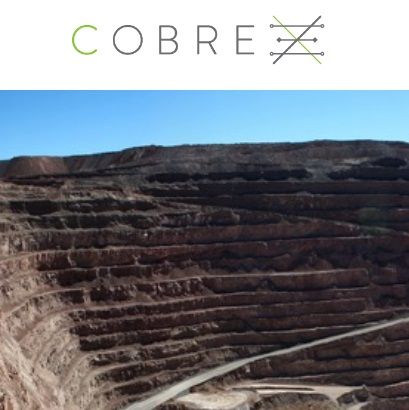 - During March 2019, Cobre and Toucan undertook a preliminary ground electromagnetic (EM) survey of the tenements. This was followed by a maiden 1,000m RC drilling program in June 2019.

- Next steps include a downhole EM survey to further define targets, followed by capital funding discussions ahead of an expanded drilling program.

Martin Holland - Executive Director: "I am pleased to announce that Cobre has discovered a VMS deposit within its Perrinvale Project area in the Panhandle Greenstone Belt of Western Australia. Discovering a high-grade VMS system enriched in copper, gold, silver and zinc from our maiden drill program is a credit to our technical & exploration teams. The mineralisation is open to the NNW and possibly down dip. More broadly, the potential exists for an extended VMS system across a large proportion of our tenements.

High-grade VMS systems are very rare globally, with the last significant deposit in Australia discovered more than a decade ago by Sandfire Resources (

ASX:FMG) Perrinvale Project includes three prospects called Schwabe, Zinc Lago and Ponchiera (see figure 5 in link below) which FMG retains a 2% royalty on future copper production. The project area is located around Lake Barlee, which is NW of Menzies and Kalgoorlie, and directly adjacent to the Goldfields Highway. The exploration was initially focused on known gold mineralisation in the area. However, a detailed review of historic work and ground reconnaissance suggested that part of the project area was highly prospective for base metals as well. Under the acquisition terms, Cobre provided funds to Toucan to undertake the initial ground EM geophysical surveys and preliminary RC drilling in exchange for 80% of Toucan and 20% of Cobre's equity.

Base metal potential in the Lake Barlee area was first recognised in the early 1970s, but appears to have been overlooked by subsequent explorers. At that time, ground magnetics and early IP technology were the geophysical tools applied. Today, EM survey technology is considered the primary geophysical tool used for VMS exploration.

In conjunction with our consultant Newexco, a first pass ground EM survey was completed in March 2019 over parts of the project area thought to be favourable for VMS.

This analysis identified 8 widely-spaced conductors up to 3km long which could be associated with VMS mineralisation (see dotted lines on figure 3 in link below).

Three of the conductors were drilled in June 2019 in a preliminary exploration program. The primary objective was to confirm the copper and zinc mineralisation reported in the early 1970s at the Schwabe prospect, which contains a copper gossan extending over 140m at surface. In total, four areas were drilled - Schwabe plus three greenfield areas identified by the EM analysis. Two holes were drilled at Schwabe to a 90m depth and one to 200m depth, with 1m sample intervals.

Assays are available for two holes so far and both intersected massive sulphides at approximately 50m depth, implying the presence of a VMS system.

2. Strategy meeting with technical team in Perth on 10 July 2019 to construct a 2-year exploration budget and plan. 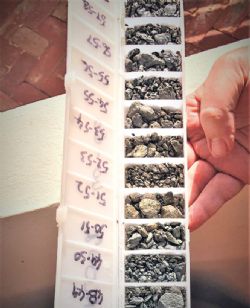 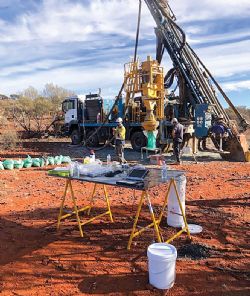 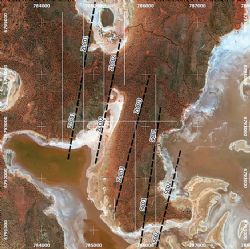 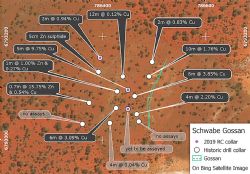 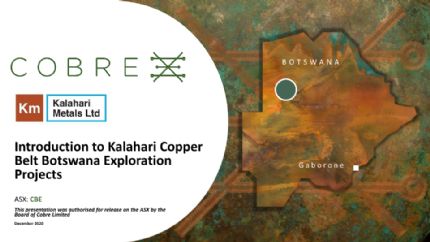