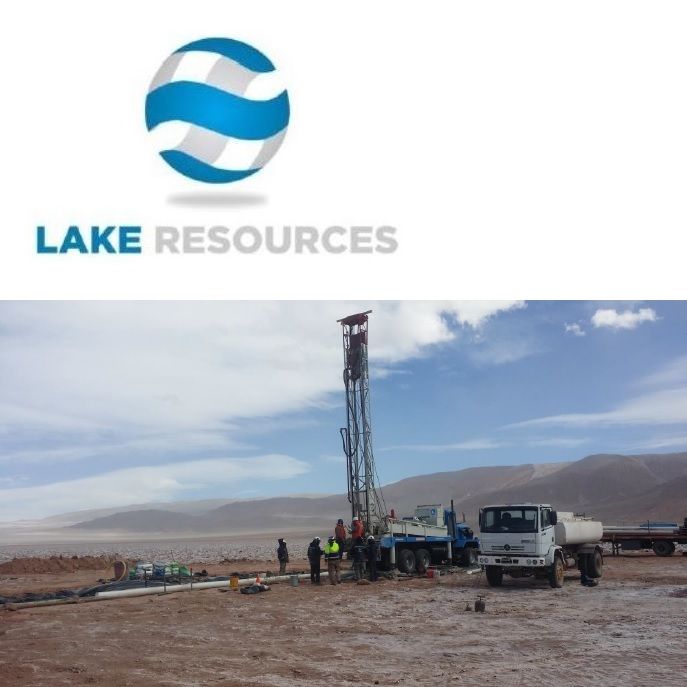 FRA:LK1) announced today consistently high grade lithium brines from the base of the current discovery hole extending the lithium brine zone to 288 metres wide (from 172 - 460m depth) at its Cauchari Lithium Brine Project in Argentina. Results from 480 to 500 mg/L lithium were returned below 289m depth down to 460m depth, with the best results at the base of hole of 496 mg/L lithium over 73m to a depth of 460m.

The results are consistent with similar results from the adjoining billion-dollar major projects advancing towards production at Cauchari, in the heart of the Lithium Triangle including Ganfeng/Lithium Americas (LAC) and the Advantage Lithium (AAL)/ Orocobre joint venture.

The drillhole is now being extended at depth. Detailed sampling with a packer instrument has been completed and further results are awaited.

Lake's Managing Director Steve Promnitz said: "The excellent results are further confirmation of Lake's major discovery at Cauchari, and the similarity with the adjoining projects moving into production. This is now a wider pay zone of lithium brines than at the adjoining project exceeding what was reported by Advantage Lithium and Lithium Americas in this area. The drill hole will be extended to depth and we are pleased that results are improving with depth".

"Cauchari continues to advance as a major project for Lake, which added to our prospective Olaroz project and the world-class Kachi project comprises a portfolio of potentially highly valuable projects in the heart of the Lithium Triangle. We look forward to announcing further results from Cauchari, followed by drilling at Olaroz, as we work to add value for shareholders."