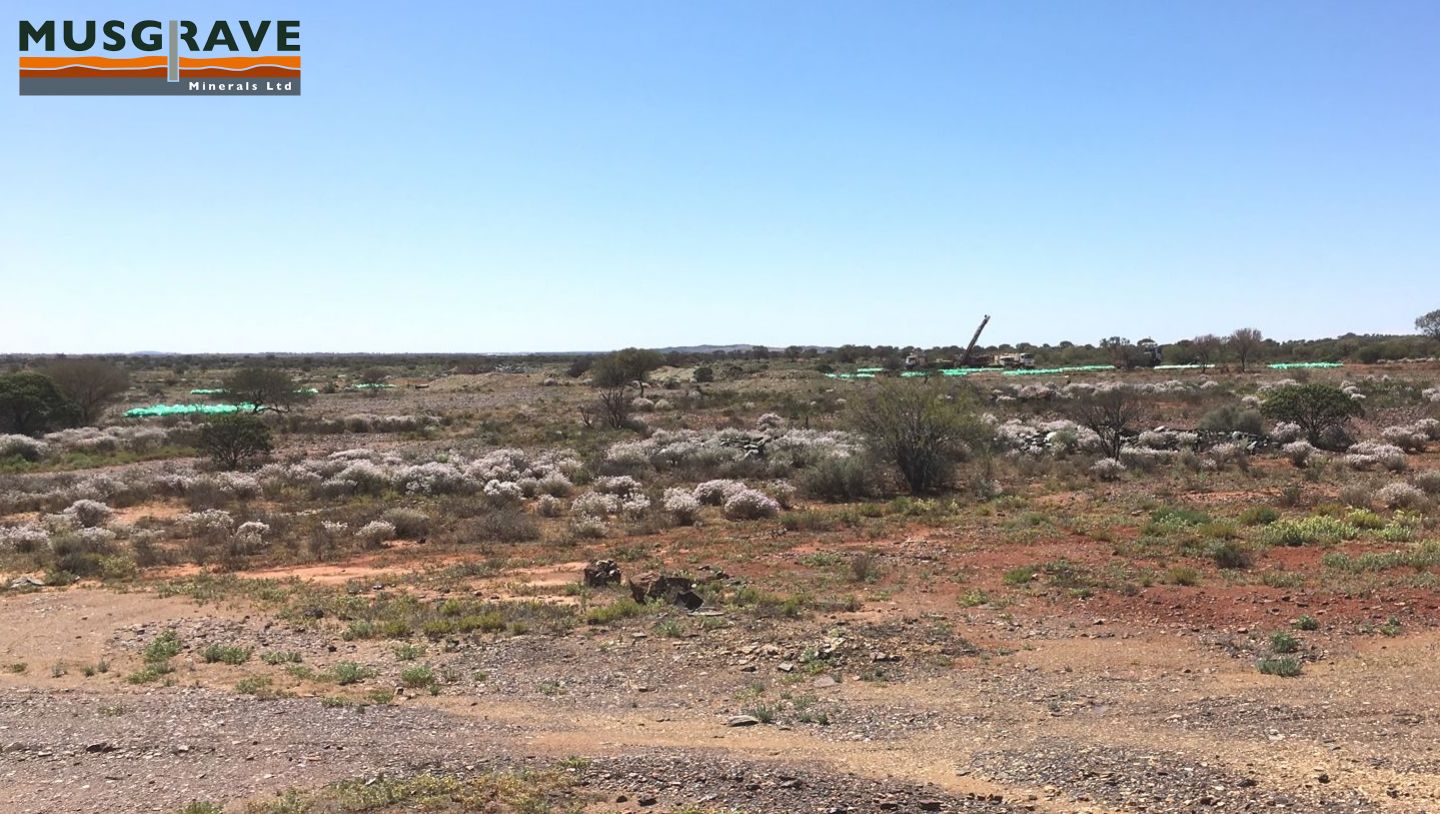 FRA:6MU) is an Australian resources company focused on gold exploration and development at the Cue Project in the Murchison Province of Western Australia.

At Cue, the total project gold resources (Indicated and Inferred) are 6.45Mt @ 3.0g/t Au for 613koz Au. The recent discovery of near surface high-grade gold at Starlight and White Light at Break of Day will grow this existing resource.

The new high-grade Starlight discovery at Break of Day has been the focus of a significant drilling campaign during the quarter that also led to the discovery of the new White Light lode approximately 75m south of Starlight. Both lodes have a strike length of approximately 100m.

At the end of the September 2020 quarter, the Company held $8.2 million in cash.

The Quarterly Cashflow Report (Appendix 5B)* for the period ending 30 September 2020 provides an overview of the Company's financial activities. Cash exploration expenditure for the current period was $2.27m. Corporate and other expenditure amounted to $375k. The total amount paid to directors of the entity and their associates in the period (item 6.1 of the Appendix 5B*) was $195k and includes salary, directors' fees, and superannuation.

The Company holds 12.5 million shares in Legend Mining Limited ("Legend") currently valued at approximately $1.5 million based on a Legend share price of $0.12/share.

During the quarter the Company focused on RC and diamond drilling of the new Starlight and White Light gold discoveries at Break of Day and commenced a regional aircore/RC drilling program on the Company's 100% tenure to test for analogues to the Starlight mineralisation within the belt. The Phase 2 regional aircore drilling program also commenced on Lake Austin, under the Evolution Joint Venture.

The Company continued a large RC and diamond drilling program at Break of Day during the quarter with the focus on the new Starlight and White Light lodes and infill drilling on the Twilight and Velvet lodes at Break of Day. It is interpreted that some of the broader intervals reported below may have intersected multiple lodes. An update of the geological model is currently in progress.

Drilling continued on the White Light lode during the quarter. White Light is 75m to the south and sub-parallel to the Starlight lode with a strike extent of approximately 100m.

Musgrave has commenced a regional drilling program targeting Starlight analogues on its 100% tenure at Cue. Single drill traverses will initially test up to 25 targets for near surface gold anomalism.

Initial results from the first holes received from this program are very encouraging.

The Lake Austin area, part of the Evolution Earn-in and Exploration Joint Venture executed in September 2019, is highly prospective for gold and is significantly underexplored. Evolution has committed to a minimum exploration spend of $4 million over the first two years and can earn a 75% interest in the JV area by sole funding $18M in exploration over a five-year period. If Evolution does not spend the entire $18 million within five years, Musgrave will retain 100% ownership. 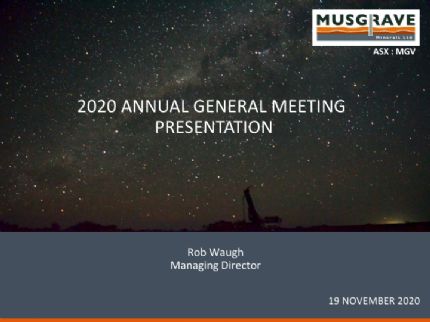