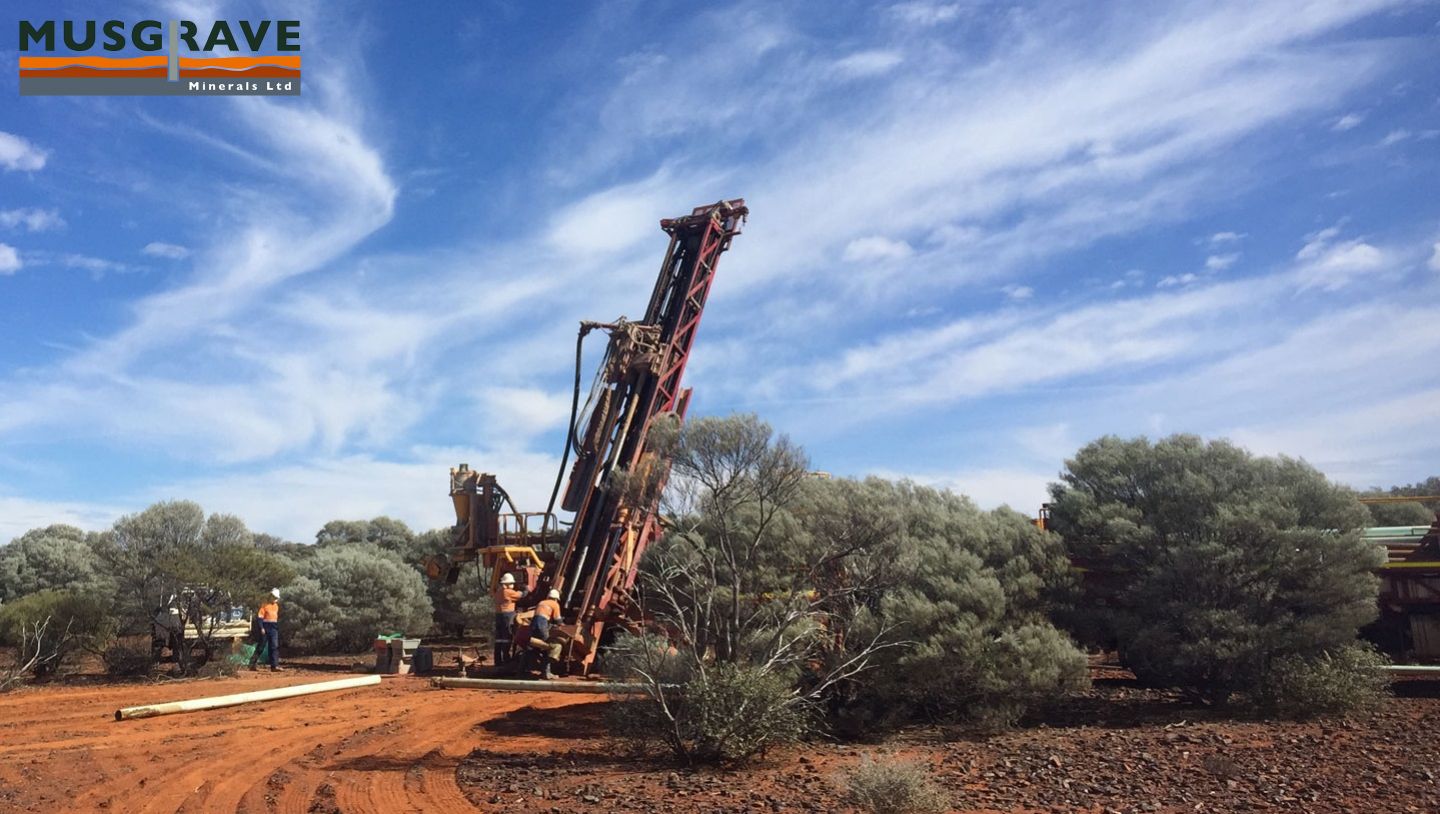 Musgrave Managing Director Rob Waugh said: "The RC drilling has confirmed the potential for significant gold mineralisation at Big Sky and the possibility of a number of higher-grade zones within the broader anomalous trend. Drill traverse line spacing remains at more than 100m for much of the target area and assays are pending for more than 50 RC drill holes. The mineralisation is masked from surface by a thin veneer of transported hardpan cover. The near surface nature of the oxide, regolith gold mineralisation is expected to be favourable for open-cut mining. Regional drilling will continue with the aim of defining discrete higher-grade zones for resource definition."

RC drilling south-west of Lena within the new 7km-long gold corridor has continued to intersect significant gold mineralisation below thin transported cover (1-20m) in areas not drilled by previous explorers. The Big Sky gold anomaly is defined over 2.6km of continuous strike where it remains open to the north and south.

RC drilling is currently underway to test the continuity, grade and down dip extent of the mineralisation in oxide and fresh basement rock (Figures 1 & 2*). The Big Sky Prospect is approximately 2km south-west of Break of Day and the broad 2.6km anomaly remains open to the north and south where further drilling is planned (Figures 1 & 2*).

Musgrave will undertake infill and resource definition drilling on the higher grade zones within the broader Big Sky prospect at the completion of the current broad spaced drilling program.

Six-metre composite samples have been analysed from 24 RC drill holes in the current program at Big Sky with initial holes spaced at 100m to 200m traverse lines. Significant new intersections include:

Drill hole and assay details are presented in Tables 1a and 1b*. All composite intervals assaying above 0.5g/t have been reported in this release and are considered significant where they occur over broad widths. One-metre samples from anomalous gold composites have been submitted for individual analysis with results expected in late July.

RC drill holes are spaced 40m apart along 100-200m spaced traverse lines. The extensive nature and continuity of the gold mineralisation supports the view that the Big Sky Prospect has the potential to add to the Company's existing resource base at Cue. A 15,000m follow-up RC drilling program to define the extent of gold mineralisation in the regolith and basement rock beneath is continuing with 74 RC drill holes completed to date. Assays are pending for more than 50 drill holes. A diamond drilling program will also commence in late June at Big Sky. 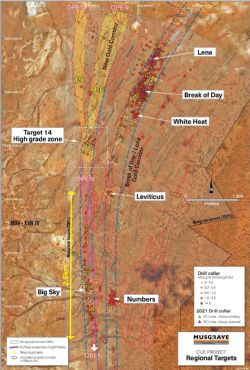 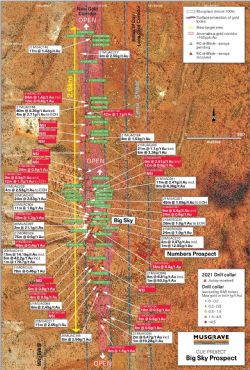 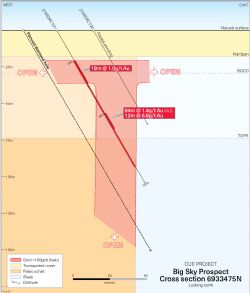 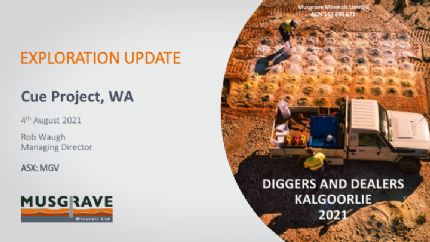