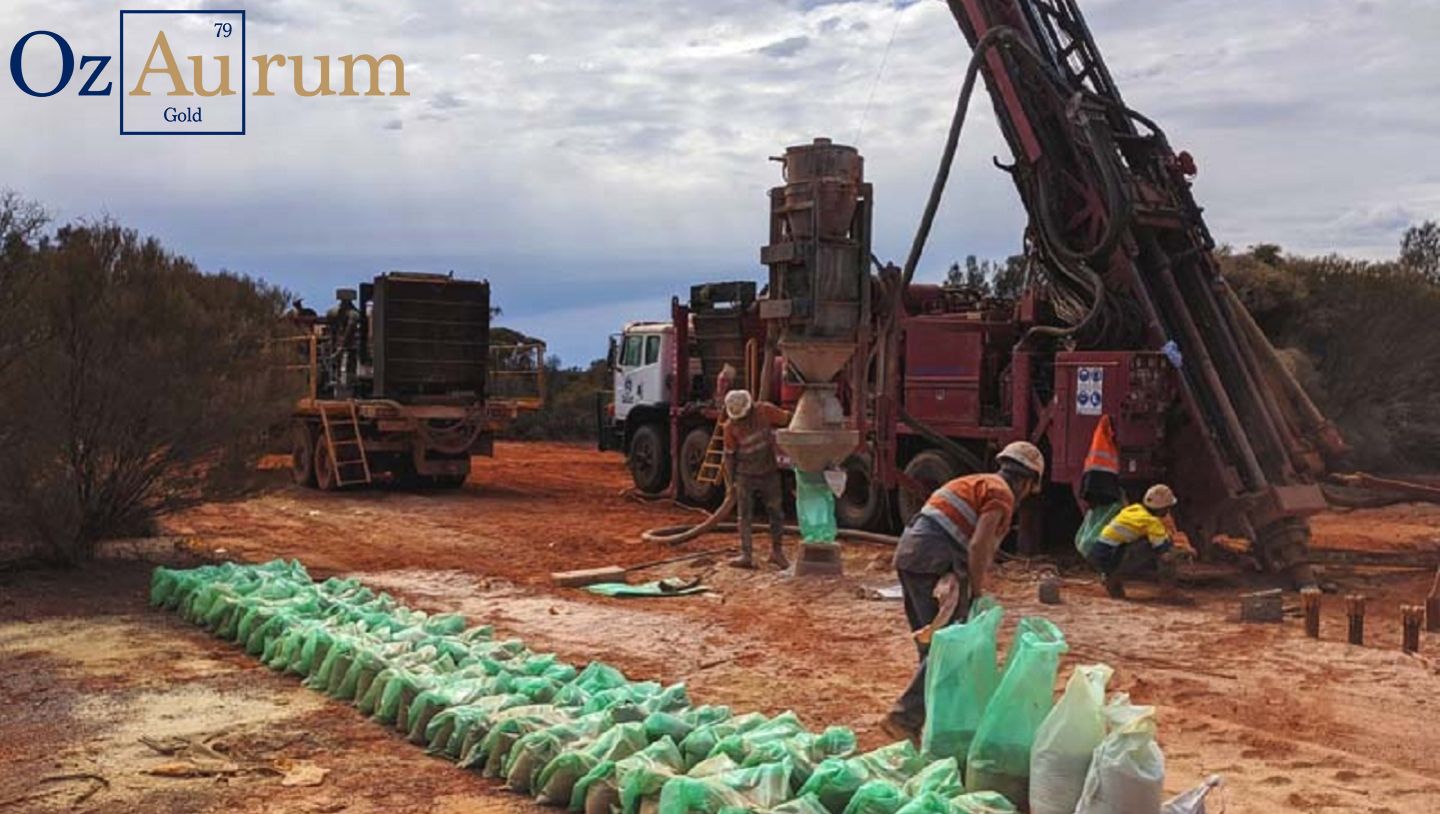 - The 40-80m wide zone of Hematite alteration at Mulgabbie North, previously intersected in the bottom of hole AC samples, currently extends for 2.5 km along strike and 150m west of current RC drilling on the Relief Shear

- Hematite is a key signature of the adjacent Northern Star Carosue Dam Karari and Whirling Dervish Gold Mines- where about 1.5 million ounces gold have been produced to date

The 130 AC holes drilled for 9,555m form part of OzAurum's initial 30,000m AC drilling campaign which began in February this year. So far, a total of 514 holes drilled for 37,398m has been completed. Results are currently pending for another 180 AC holes.

The current AC drilling program has been extended by an additional 15,000m to undertake infill drilling at Mulgabbie North and to complete an initial four wide spaced lines at the southern area of E28/2477 within the Mulgabbie project area (see figure 1*).

A new zone of widespread gold mineralisation extending for 2.2km long and up to 150m wide, has been intersected by AC drilling situated along and to the west of the Relief Shear at Mulgabbie North.

Another exciting aspect of the completed AC drill program at Mulgabbie North is that the number of AC holes drilled at the northern area of the Project have intersected sericite, +- hematite alteration, with associated pyrite and in some cases arsenopyrite + pyrite mineralisation at the end of hole sample. Gold mineralisation at Mulgabbie North is typically associated with pyrite and or arsenopyrite mineralisation. The Company is eagerly awaiting pending assay results of the final 180 AC holes that were drilled, and looks forward to updating the market in due course.

Widespread gold mineralisation at this new 2km-long gold zone is currently open to the north. In addition, the new gold zone is co-incident with OzAurum's gold auger calcrete geochemistry anomalies, and a gravity low trough similar to the Northern Star (

ASX:NST) Carouse Dam corridor of riches in which their operating gold mines are situated, which includes production of about 1.5 million ounces of gold to date.

As previously announced, another significant aspect of the AC drilling program completed at Mulgabbie thus far is the discovery of a 40-80m wide zone of hematite alteration being intersected in the bottom of the AC holes, defining a trend striking NW for approximately 2.8 kms, and situated 150m west of the Relief Shear (see ASX announcement dated 15 March 2021). This is significant because hematite alteration is the characteristic alteration of the adjacent Northern Star's Karari and Whirling Dervish Gold Mines. The hematite alteration observed is indicating oxidised fluids from an intrusive complex suggesting proximity to the mineralising centre- likely to be within OzAurum's 100% owned Mulgabbie North tenure.

AC drilling has also been completed on the southern area of E28/2477 where holes have been drilled at 1km x 80m spacing. This area is the interpreted position of the southern extension of the Relief Shear. Transported cover up to 40m thick has prevented previous effective exploration of this area.

The upcoming Mulgabbie North infill AC drilling program will be undertaken on a 100m x 40m drill spacing extending existing drill lines to the west. Of particular interest in this area is hole MNOAC 115 that intersected 3m @ 2.28 g/t from 71m, including a number of other holes that have intersected anomalous gold mineralisation. All holes are being drilled to top of fresh rock using the AC blade bit drilling to refusal, and utilising the aircore hammer where required. This is a critical drilling technique to discover gold mineralisation in fresh rock. Historic Freeport RAB holes drilled in 1984-1988 in the same area failed to reach the top of fresh rock in the highly prospective intermediate-felsic lithology due to transported cover and the shallow water table.

"The Company is proud to announce the additional high-grade AC intercepts uncovered by our large-scale drilling campaign. The discovery of a new widespread zone of gold mineralisation situated west of the Relief Shear provides us with even greater confidence in the Project. In particular, we are excited by the potential of this area where the host rocks are intermediate-felsic volcaniclastic units - very similar to the Northern Star Carosue Dam Karari and Whirling Dervish Gold Mines.

"In addition, a new 40-80m wide zone of Hematite alteration extending for 2.5km intersected for the first time in AC holes is very promising since this is a key signature of the adjacent Northern Star Carosue Dam Karari and Whirling Dervish Gold Mines that have so far produced about 1.5 million ounces of gold.

"Lastly, this area is under transported cover that has prevented previous effective exploration and now represents a significant exploration opportunity for the Company."

In the coming months as drilling results become available the company will be providing the market with regular updates. Laboratory assay results are currently taking up to over 8 weeks from time of delivery causing delays in results being released to the market. 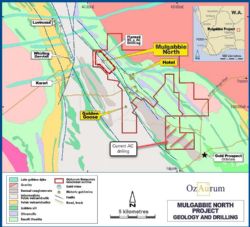 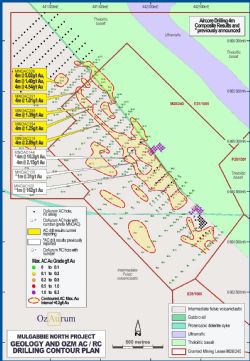