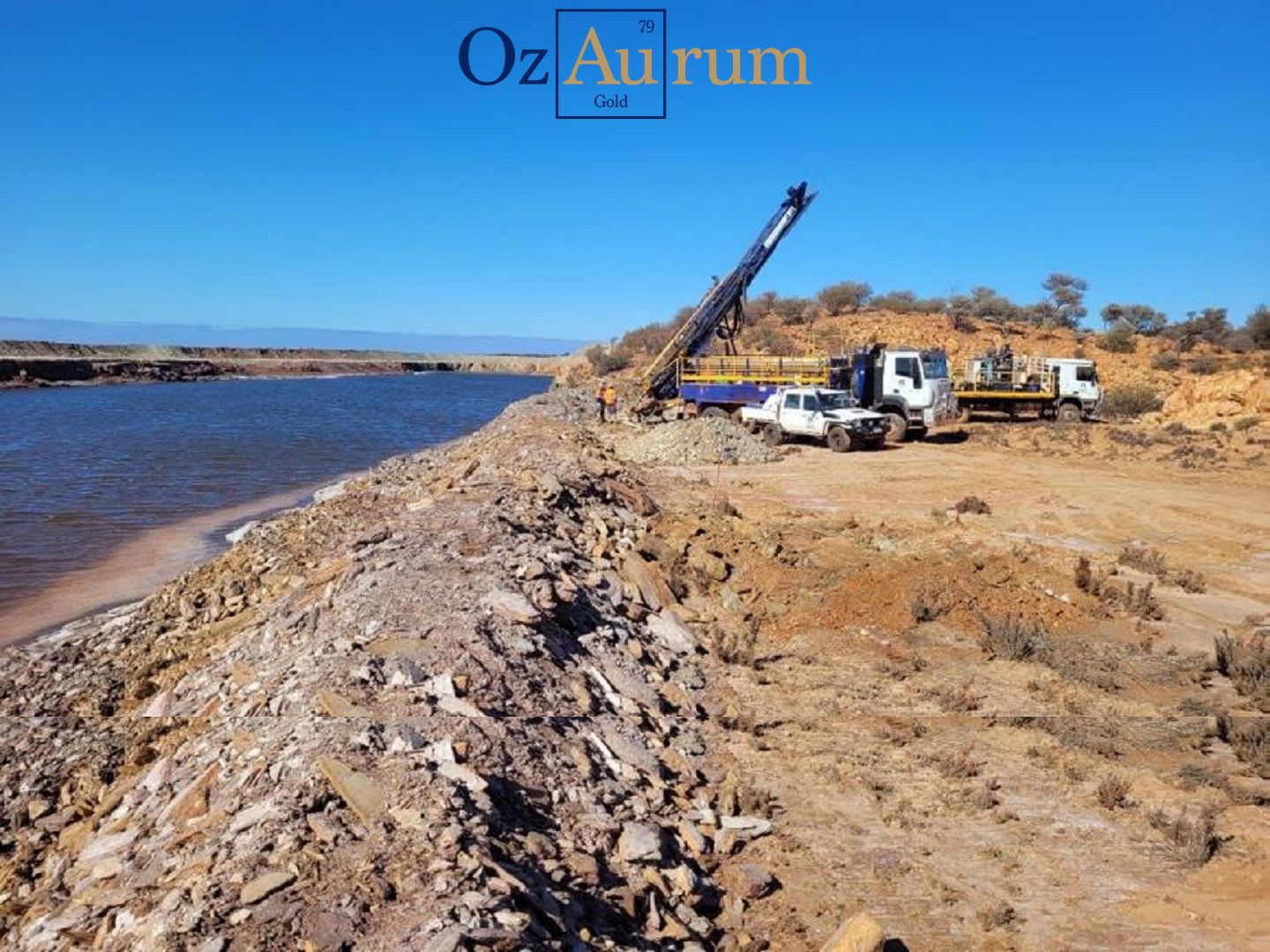 ASX:OZM) is pleased to announce that a Maiden 28-hole Reverse Circulation (RC) program at the Patricia Gold Project ('Patricia' or 'Project') is currently underway, with first stage drilling completed, including 16 drill holes for 2,420m of drilling. The Patricia Gold Project, which has an approved mining license M31/487, is situated North East of Kalgoorlie in Western Australia, and is being drilled for the first time in over 30 years.

- First stage drilling, including 16 RC holes for 2,420m, completed with samples already dispatched for assay at the lab

- Acquisition of 100% interest in a new tenement, E31/1186, adjoining the Patricia Project- adding a further 6 kilometres (km) of prospective strike to the Project

The historic Patricia Gold Mine was discovered in 1930 and mined underground up until 1937.

The current Patricia open pit is approximately 800m long x 150m wide and was mined to a depth of 25m.

At the Patricia segment of the Celia Tectonic Zone the greenstone sequence consists of intermediate to felsic volcanics and volcaniclastics with interleaved ultramafic and banded iron formation. The Patricia Gold Project is situated on a significant flexure of the greenstone stratigraphy with the strike changing from 320deg to 350deg back to 320deg. This change in strike direction represents a dilation jog which is a classic structural trap for gold fluids. Coincidently a large quartz porphyry body intrudes the greenstone sequence at this point.

The Maiden 28-hole RC drilling program currently underway at Patricia represents the first drilling at the Project in over 30 years. So far, the Company has completed the first stage of drilling for the campaign, and is eagerly awaiting drilling results from the first 16 RC drill holes.

RC drilling will recommence at Patricia on the 19th of July to complete the next stage of the 28-hole program before the RC rig moves back to Mulgabbie, our other flagship gold project.

The RC rig is operating on a three week on, three week off basis due to the slow sample turnaround currently being experienced at the sample laboratory. All samples from the current sixteen holes have been delivered to the sample laboratory. Unfortunately, two of sixteen RC holes drilled were abandoned due to ground conditions with the drill target not being reached in both these holes.

A Diamond drilling program has also been planned at Patricia and that will commence once a suitable diamond drill rig can be sourced.

RC drilling at Patricia has involved using a modern high pressure RC drilling rig with samples being drilled dry that are of a consistent sample weight. This high standard of drilling and sampling gives us confidence for a potential future JORC compliant resource to be estimated at Patricia.

OzAurum is pleased to announce that it has acquired a 100% interest in adjoining Exploration Licence 31/1186 from Revolution Mining Pty Ltd for a total cash consideration of $75,000.

The new tenement adds an additional 6km of highly prospective stratigraphy along strike to the south of the Patricia Gold Mine. This strategic acquisition provides the Company with even greater exploration opportunities over the highly prospective Patricia gold project, and we look forward to starting initial work there in due course. Please refer to figure 1 for the location of E31/1186 in relation to the Patricia Gold Project.

"The Company is very excited to recommence exploration at the historic high-grade Patricia Gold Project, representing the first drilling at the Project in over 30 years. With our first stage of RC drilling at Patricia now complete, we are eagerly awaiting the results from labs which will be used to validate our current geological models on the Project. The new tenement acquisition of E31/1186 strategically adds a further 6km of prospective strike to the Patricia Gold Project, and we will start work immediately on evaluating exploration opportunities that this offers." 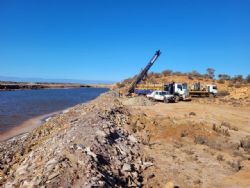 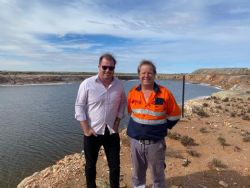 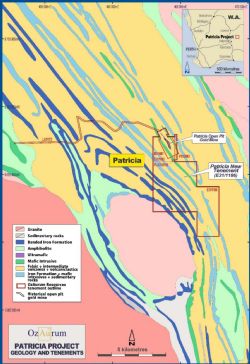 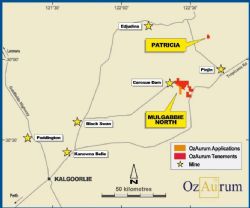