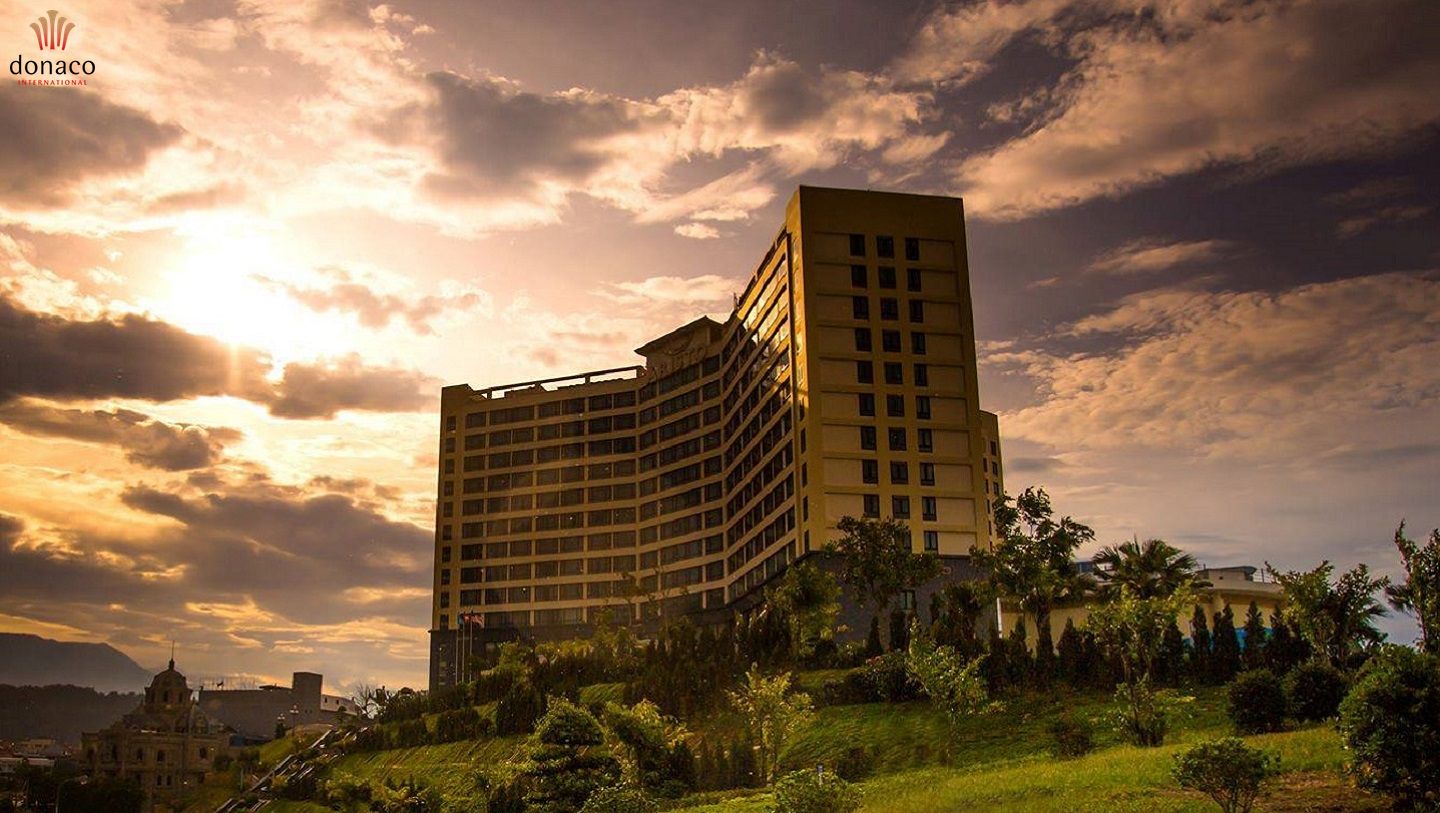 - DNA Star Vegas operated for 7 months of the year, with the latest wave of infections leading to its temporary closure since April 2021, while Aristo has been operating on a limited basis.

- The Board has continued to execute a prudent cost control strategy to manage the effects from C-19.

- Substantially reduced debt levels with Mega Bank to A$9.05 million as at 30 June 2021 and support received with new loan repayment plan.


FY21 was impacted by the international border closures and the lockdowns in Thailand and Cambodia as a result of C-19, and subsequent restrictions on casino operations. This resulted in FY21 revenue of A$10.32 million (FY20: A$53.49 million) and negative EBITDA of A$0.07 million (FY20: A$10.38 million). The Company recorded a statutory net profit after tax of A$25.18 million in FY21 (FY20 A$58.89 million) as a result of the proceeds from the settlement in relation to Star Vegas.

The Board continued to implement a disciplined cost control strategy to maintain a healthy balance sheet, with Group operating expenses and corporate costs reduced to A$6.92 million in FY21 (FY20 A$37.55 million) and to A$3.46 million (FY20 A$5.49 million) respectively.

The first half of FY21 saw a return to positive group EBITDA of A$0.2 million driven by several strategic initiatives including attracting clientele from the local region to DNA Star Vegas (Star Vegas) and Aristo International Hotel (Aristo), combined with the introduction of retail outlets, and reorganising arrangements with junket operators for improved outcomes. However, the C-19 situation heightened in H2 FY21, affecting Donaco's local operations.

Star Vegas in Cambodia reopened on 25 September 2020 at limited capacity, to then close from 27 April 2021 following the order from the Cambodian local Government for the temporary closure of all casinos in the Banteay Meanchay region until further notice, to prevent the curb in C-19 transmission.

During the period, Donaco was pleased to complete the settlement of Star Vegas following the approval received from principal lender Mega Bank.

Aristo in Vietnam was allowed to reopen in May 2020 and is operating on a limited basis, as the border with China, where most of its patrons originate from is currently closed. Despite the limited operations, Aristo encouragingly turned to positive growth post period end during the month of July 2021. Aristo recorded positive EBITDA of A$0.3 million for the month of July 2021, compared to negative EBITDA of A$0.1 million in July 2020.

To guarantee the healthy position of the business during these unprecedented times, Donaco successfully completed a A$14.41 million entitlement offer in July 2020. The financing stabilised the Company's immediate financial position and assisted with the remaining debt repayment to Mega Bank. The debt level was substantially reduced from US$12.8 million as at 30 June 2020 (equivalent to A$18.7 million) to US$6.80m (equivalent to A$9.05 million) as at 30 June 2021.

As a result of the temporary closure of Star Vegas since April 2021, a new loan repayment was agreed with Mega Bank post financial year end, to repay the remaining loan by the end of calendar year 2021. The new loan comprises an alternative monthly repayment of USD$1m over six monthly instalments from June 2021 to November 2021, and a final instalment of USD$1.8m to be paid by 31 December 2021.

The new loan was provided from shareholder Mr. Lee Bug Huy, aka Techatut Sukcharoenkraisri, Chief Executive Officer & Executive Director of Donaco, for the sum of up to USD$7.8 million. The loan is repayable over the next three years, on terms that are materially the same as those of the Mega Bank facility. The loan is expected to be repaid from operational cash flow, within the loan term. Donaco strongly believes in its ability to fully repay the remaining debt by the end of calendar year 2021, and undertaking a loan option repayment was considered an appropriate means to preserve shareholder value.

The Governments of Thailand and Cambodia are progressing vaccination efforts as the Delta variant, which is more than twice as contagious as previous variants, has spread into the respective countries.

Looking at Thailand, there has been a spike in new infections with more than 21,000 new cases reported each day. Vaccinations have commenced, and the country has administered more than 28 million doses of vaccines to date, resulting in about 20% of the country's population.

In Vietnam the vaccine rollout is underway with 9% of the population vaccinated so far, and the Country expects this to rise significantly over the next coming months.

The encouraging news is that close to a million people per week have been vaccinated in Cambodia, reaching 9 million, representing more than 55% of the Country's estimated 16 million+ population. The revised target of more than 80% of the population to be inoculated is on schedule to be reached by November this year, months ahead of schedule.

"This hasn't been an easy year for Donaco. Historically the majority of our clientele came from overseas travellers. With the international borders closed, and with our casinos closed or running at limited capacity throughout the year, we have had to adapt, as many other businesses have had to do.

"We took all the necessary actions and added additional measures to minimise the risk of the virus and to keep our staff and visitors safe. We shifted our focus on what we could control, keeping a healthy balance sheet and costs down.

"Our relationship with our principal lender Mega Bank remained strong, as we carried on diligently repaying the outstanding debt, and we are confident in the business's ability to pay back the remaining debt by the end of December 2021. We made the decision to take a loan option as we didn't want to dilute our shareholders, as a means to preserve shareholder value.

"I'd like to take the opportunity to thank our whole team and staff for navigating through such a challenging period, and our shareholders for your patience and understanding during these delicate times."

"We are confident in Donaco's ability to bounce back, also highlighted by Aristo turning a positive corner post period end, achieving positive EBITDA for the month of July. The return to positive EBITDA achieved in the first half of the financial year 2021, and Aristo's recent performance, demonstrate that we have everything in place to bounce back as external conditions improve."

Board changes occurred during FY21 with Mr Leo Chan and Mr Kurkye Wong stepping down as Executive Directors from the Board.

Donaco's operational and financial performance in FY22 is closely aligned to the global C-19 condition, and due to the dynamic nature of the virus, the Company has resolved to take a conservative approach and not issue financial guidance for FY22.

Donaco anticipates the short-term impact of C-19 to be outweighed by the longer term more encouraging outlook, as vaccinations continue to be rolled out in Southeast Asia. 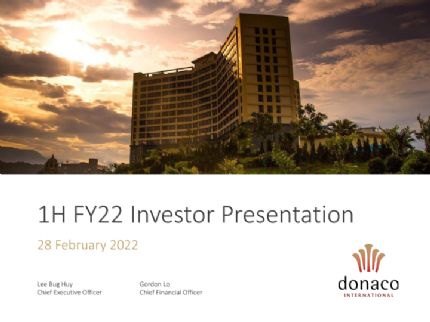