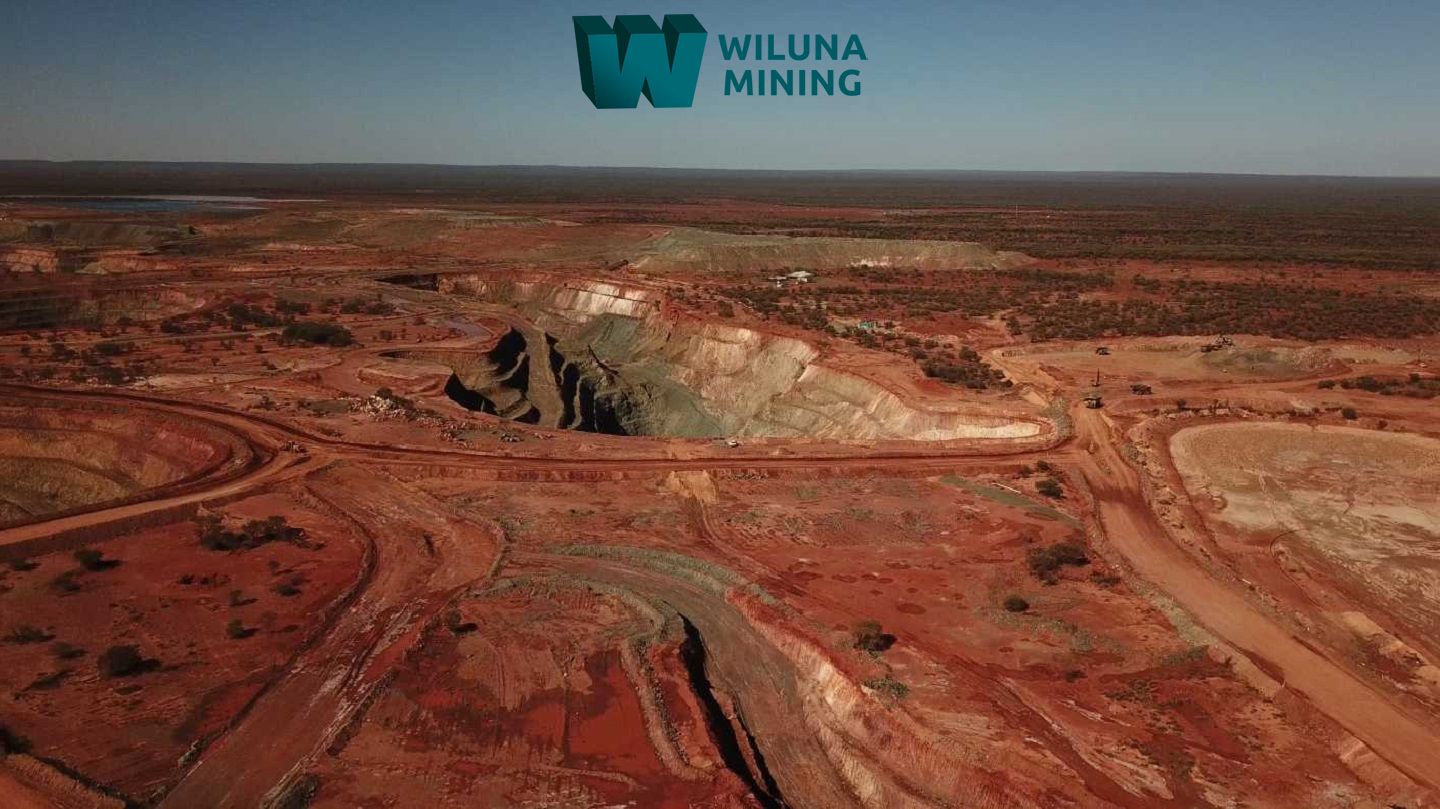 WMXCF:OTCMKTS) is pleased to announce the discovery of strong sulphide mineralisation in the first of eight holes testing down-plunge extensions of the East and West Lodes, which historically were the main producing lodes at Wiluna with a combined endowment of past production and current Mineral Resources of 3.5Moz @ 5.4g/t.

Drilling success at East Lode Lower follows the recently reported ultra-high-grade results at the Bulletin North target (see ASX report dated 13 April 2022). The Discovery programs are part of a 40,000m campaign testing nine large-scale targets for new high-grade sulphide shoots 'under the headframe' at Wiluna. Drilling is in progress at East and West Lode Lower, Bulletin North and Squib (Figure 1*). High-grade >5g/t shoot discoveries are targeted to substantially enhance the early years of the current mining plan with the intention of increasing the underground ore grade and to grow gold production. The current targets are a subset of the Company's JORCcompliant Exploration Target at the Wiluna Mining Centre of 35Mt to 40Mt @ 4.5g/t to 7g/t for 5Moz to 7Moz (see ASX report dated 17 November 2020). The potential quantity and grade of the Exploration Target is conceptual in nature and is therefore an approximation. There has been insufficient exploration drilling to estimate a Mineral Resource in the target areas, and it is uncertain if further exploration will result in the estimation of a Mineral Resource.

"This intercept is just what we're looking for in the South Mine Area as we expand our focus to discover new high-grade shoots, in addition to our ongoing drilling to methodically infill the existing Mineral Resource mainly in the North Mine Area.

Historically, the East and West Lodes were the largest, high-grade production areas at Wiluna, so we're seeking a repeat of shoots of similar scale to materially enhance the long-term production profile at Wiluna. Importantly, these intercepts are only 1000m laterally away of the Golden Age and Calais mine areas, so they potentially open a whole new extension to the mineralised system with the prospect of relatively low-cost and rapid access to be targeted for resource and reserve growth".

The historical workings at East Lode produced 720,000oz @ 6.7g/t between 1931 and 1946, and the West Lode produced 690,000oz @ 8.6g/t between 1932 and 1946. When combined with the current Mineral Resource, the East & West Lodes have a large pre-production endowment of approximately 3.5Moz @ 5.4g/t. The East & West Lode Discovery program tests for a repeat of the East and West Lode endowment, in a broad target area of approximately 1,000m strike extent and between 800m to 1,500m below surface (Figure 2*), in an area that has been sparsely tested despite the large-scale and high-grade past production. Holes are designed to intersect both the East and West Lodes, which are sub-parallel and situated less than 200m apart (Figure 3 & 4*).

At Wiluna, gold mineralisation correlates with sulphide percentages, and the presence of strong sulphides (5% pyrite + 5% arsenopyrite) along with strong shearing and rock alteration are considered indicative of gold mineralisation. Assays are pending with an estimated turn-around time of 2 weeks.

Sulphide shoots in the East & West Lower area are interpreted to have formed in a predictable and repeated pattern controlled by the junction of steeply east-dipping mineralised structures with rock unit boundaries, with additionalsubtle north-plunging and south-plunging high-grade shoots aligned with pre-mineralisation structural trends. The East and West Lode structures are variably mineralised between the shoots and are prospective for further discoveries to be made along strike to the north and south, and at depth.

The significance of these East and West Lode intercepts in WUDD0077 is that they confirm new extensions to mineralisation well beyond the limits of past drilling and the current Mineral Resources. The intersections are located at relatively shallow depths of 800m to 1000m below surface, but importantly are only 1000m laterally away of the Golden Age and Calais mine areas at similar depths below surface (Figure 2*), which may provide rapid and low-cost access via new underground development for further drilling of these new sulphide zones, subject to further results from the current drilling program. 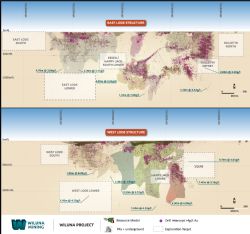 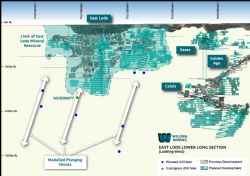 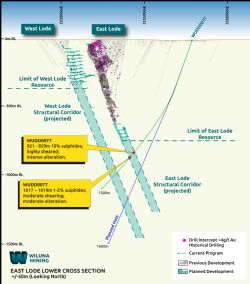 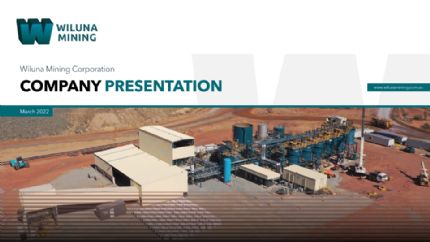