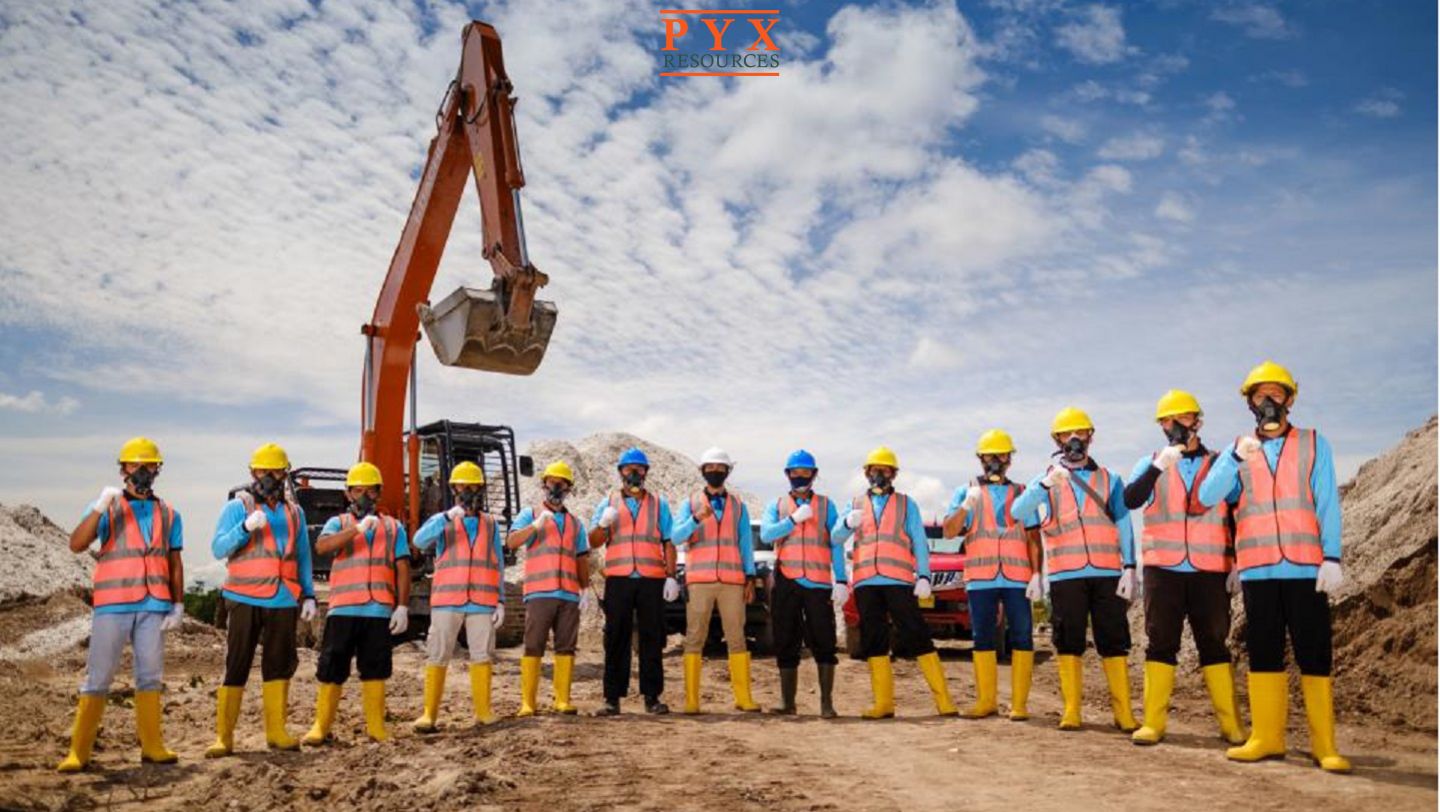 LON:PYX), the world's second-largest publicly listed zircon producer by zircon resources, is pleased to announce an operational update for the six months ended 30 June 2022 ("H1 2022") ahead of the publication of its interim results for the same period, anticipated to be release on or around 13 September 2022.

- Vaccinated 100% of its employees against Covid-19

"I am very pleased with our achievements during HY 2022. We have increased our production volumes and started producing rutile and ilmenite by-products at our mine. The Mineral Sands industry is experiencing a strong upcycle with prices driven by supply-demand fundamentals. This was particularly evident, during last month's metals price crash, where Mineral Sand prices remained unaffected, despite a significant crash in most other metals.

We are optimistic about the second half of the year and remain well placed to deliver on our strategic plan and benefit from the strength and continued rise of the Mineral Sands prices."

The Company has performed strongly in the first half of the year due to a boost in Mineral Sands production, sales volume growth, and ongoing price increases. In H1 2022, PYX produced 9.2kt and sold 3.9kt of Mineral Sands, resulting in a year-on-year production increase of 163% and 19% sales rise, respectively. The year-on-year ('YoY') Premium Zircon production increased by 23%. The Company increased its finished goods inventories to 5.8kt as a result of the start of Rutile and Ilmenite production and limited freight availability at the end of June 2022.

June 2022 saw the metals market come under pressure and experience the hardest crash since the crash in 2008. We believe the trigger was not only the equity markets but the uncertainty of global recession, inflation, higher interest rates, and the fear that the war in Ukraine might spread to other countries. In the period 1 January 2022 to 30 June 2022, Copper for example had a -14.9% percent correction to US$8,245t and tin fell sharply by -32.2% to US$26,689t. During the same period, Mineral Sands prices (as measured by Asian Metal) showed an increase. South African Zircon and Australian Zircon increased for the period of H1 2022 from US$1,860t to US$2,110t and PYX's Premium Zircon went from US$2,450t to US$2,766t (being the Company's average prices for the months of January 2022 compared with June 2022), which we believe illustrates that Mineral Sands prices are based on physical trade which is impacted by a lack of supply.

In December 2021, PYX Resources announced that it had increased its capacity at its Minerals Separation Plant by 33%. The additional 6ktpa capacity was utilised to produce Rutile and Ilmenite during H1 2022. Tailings accumulated over the years were used to feed the process, which resulted in an Ilmenite inventory of 4,595 tonnes and Rutile of 318 tonnes. Moving from sole Premium Zircon production to Premium Zircon, Rutile and Ilmenite reduced the Premium Zircon output for H1 but we believe it will benefit the total operation and margins in the long run.

Customer demand continued to be strong, showing particular interest in PYX's Premium Zircon due to its low aluminium oxide (Al2O3) of under 0.2%. In addition, the uranium and thorium content of PYX's Zircon is less than 500ppm. PYX has continued to diversify its sales into different countries and industries, including adding customers in Spain, USA and UK in the last six months as the Company seeks to limit its exposure to potential customer disruptions amid geopolitical issues.

Currently, more than 70 Governments (including China, European Union and the United States) have set the year 2050 as the goal for Net-Zero emissions and alongside this have overseen the rollout of various technologies considered essential to the energy transition including solar cells, nuclear energy, and catalysis, many of which currently require Zircon in their manufacture. The Australian Government classes Zircon, Rutile, and Ilmenite, as crucial minerals vital for the economic well-being of the world's major and emerging economies. As the world moves toward decarbonisation, the demand for zircon is expected to continue to increase.

During 2022 PYX continued with its PYX Cares programme based on 5 pillars: People, Planet, Prosperity, Peace, and Partnership and subscribed to the UN Global Compact. In 2022, PYX realised projects on quality education, clean water and sanitation, viable employment, and building partnerships to further these goals.

During the period the Company reported some Covid-19 cases, but none have resulted in fatalities. 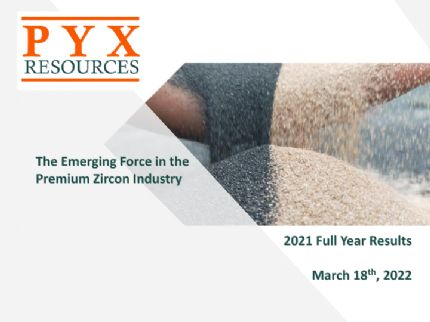