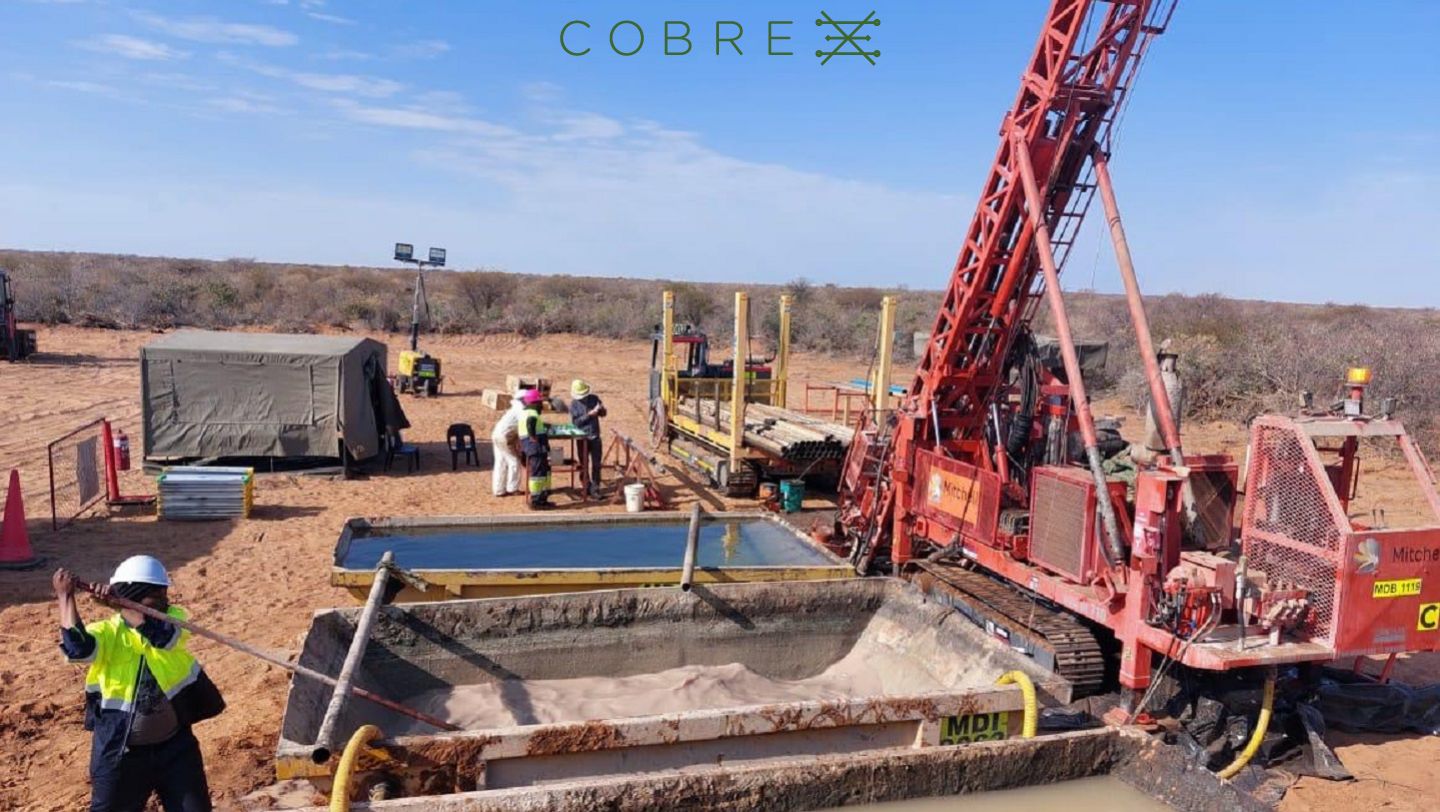 ASX:CBE) is pleased to announce assay results for drill hole NCP20A which has intersected a significant zone of chalcocite mineralisation within a parasitic fold.

- The grade-thickness of copper-silver mineralisation from NCP20A falls into the upper 2% of drill hole intersections from other known deposits within the Kalahari Copper Belt (KCB), highlighting the significance of the result.

- NCP20A is part of a structurally controlled high-grade zone of copper-silver mineralisation within the Comet target, which extends over more than 250m from previous drill hole NCP08 (10.7m @ 1.5% Cueq).

- The high-grade zone is surrounded by a prominent lead-halo, along with several moderate grade copper-silver intersections.

- Based on results, there is potential for several similar structurally controlled high-grade zones to occur along the 4km length of the Comet Target.

Commenting on these significant high-grade copper-silver assay results, Cobre's Executive Chairman and Managing Director, Martin Holland, said: "These results highlight the potential for an economic deposit to be uncovered at Comet and our developing district within the KCB more broadly. Importantly, we believe that, based on these latest assay results, there is much more to come.

In particular, the significance of the NCP20A copper intersection corroborates the Company's previously reported visual estimates. This further reaffirms our exploration methodology and the high calibre of our African-based technical team on the ground.

Our focus continues to be aimed at identifying new targets and proving up the high-grade zones within these."

This fold appears to have acted as a trap-site, effectively increasing the grade and thickness of copper-silver mineralisation, a common occurrence in KCB deposits. The high-grade zone appears to extend from drillhole NCP08 through to recently completed NCP25 to NCP20A covering a distance of more than 250m.

Drill holes NCP19, NCP17, NCP23, NCP11B, NCP28 and NCP26 have constrained a high-grade zone both laterally and vertically. Importantly, the high-grade zone is bounded laterally by an anomalous lead halo. Similar anomalous lead intersections are noted in drillholes NCP14 and, in particular, NCP10 (3km to the northeast) which also exhibits parasitic folding. We believe there is potential for several structurally controlled high-grade zones to occur within the greater 4km Comet Target.

Pictures of the high-grade chalcocite intersection are illustrated in Figure 1*. Figures 2* and 3* illustrate the location of completed drilling and assays results at the Comet Target in plan view and 3D long-section respectively.

The drill programme at NCP has been designed to intersect sedimentary-hosted, structurally controlled, copper-silver (Cu-Ag) mineralisation associated with the redox contact between oxidised Ngwako Pan Formation red beds and overlying reduced marine sedimentary rocks of the D'Kar Formation on the limbs of anticlinal structures. The Comet Target was initially identified from its anomalous response in partial-leach soil samples where it forms a distinctive Cu, Pb, Zn, Mo and Ag anomaly. Drill testing of the target has identified an extensive 4km strike-length zone of steeply dipping, predominantly chalcocite mineralisation that includes structurally controlled high-grade zones. As with other KCB deposits, higher-grade mineralisation at Comet is expected to be controlled by parasitic folding of lower D'Kar Formation stratigraphy within a broader, moderate grade background. These folds typically plunge obliquely to the primary anticlinal structure and will likely repeat along the length of the Comet Target, providing elongated zones of higher-grade mineralisation. The high-grade zones are typically bounded laterally and vertically by prominent Pb halos which provide a useful vector to mineralisation. Identifying the high-grade zones will dictate the economics of the deposit. 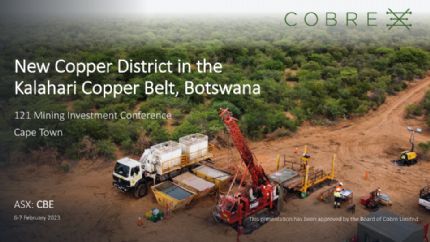