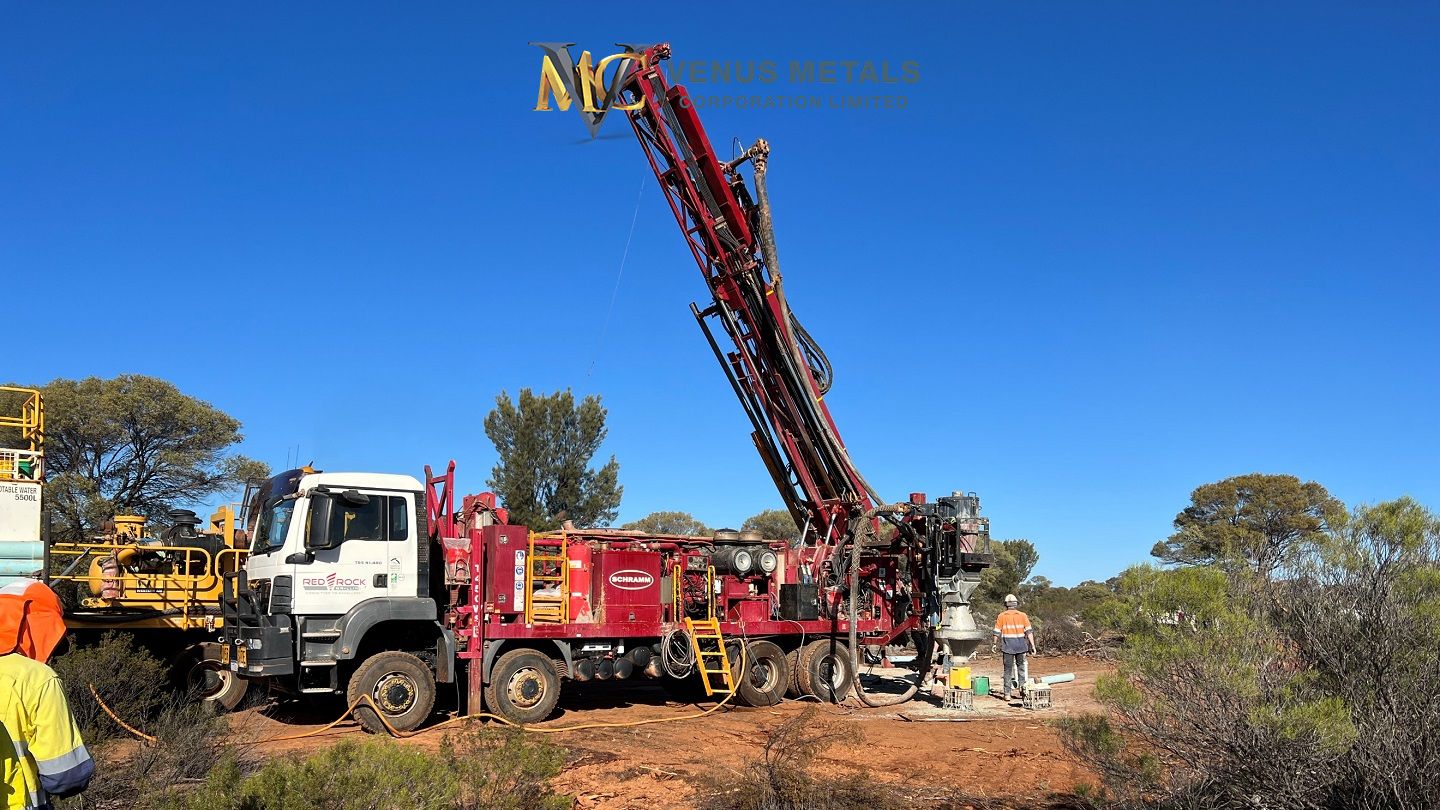 ASX:VMC) is pleased to announce the results of recent field work and geochemical sampling following the delineation of multiple priority REE targets at Mangaroon North, based on remote-sensing and radiometric data (refer ASX release 5 September 2022).

Evaluation of the multiple remaining REE targets will be conducted as part of the next stage of field work.

- Collected 299 soil and 84 rock chip samples, and re-analysed 66 previous soil samples for a full REE suite with up to 2136 ppm TREO and 232 ppm Nd2O3 , and 1848 ppm TREO with 355 ppm Nd2O3 in the most recent sampling suggest the presence of REE-enriched ironstones along a ~7 km long northwest trend.

- Soil samples in Pooranoo Metamorphics contain up to 1420 ppm TREO.

- Airborne Magnetic surveys completed in E09/2422 in December 2022 and to be flown in E09/2541 prior to planned field reconnaissance and follow-up work.

The recent reconnaissance field sampling program was completed to test and evaluate high-priority REE targets with emphasis on radiometric thorium (Th) and remote-sensed data band ratio anomalies (refer ASX release 5 September 2022). Selected geochemical results and TREO calculation can be found in Tables 1 and 2*. REE-enriched bedrock associated with several Th radiometric anomalies along a ~7 km long northwest trend in E08/3229 contain up to 2136 ppm TREO with 232 ppm Nd2O3 in reanalysed ultrafine soil from previous sampling (refer ASX release 21 December 2021) and 1848 ppm TREO with 355 ppm Nd2O3 in the most recent sampling. A TREO anomaly located in the south of E09/2422 has a maximum of 732 ppm TREO with 130 ppm Nd2O3. Both target areas will be further explored for potential (ferro-) carbonatite mineralisation.

Ironstone outcrops have been identified at several targets in E08/3229 and E09/2422 (Figures 4 and 5*). In some areas, sedimentary lithologies have been ferruginised, whereas in others veins of ironstone breccia crosscut Pimbyana Granite, Poorannoo Metamorphics, or sedimentary rocks of the Edmund Group (Figure 4*).

Systematic grid sampling followed by aircore/reverse circulation drilling is planned across selected target areas. The evaluation of multiple other targets identified by RSC (refer ASX release 5 September 2022) is scheduled to recommence in the coming field season.

An aeromagnetic and radiometric survey over tenement E09/2422 was flown in December 2022 with a line spacing of 50 m. Detailed interpretation and assessment of ironstones and further REE targets is pending. The scheduled aeromagnetic and radiometric survey with a 50 m line spacing (Figures 2-3*) on tenement E09/2541 will help to define new target areas in this underexplored tenement.

Gold, PGE and base metal targets generated from earlier soil sampling (refer ASX releases 18 October 2021 & 21 December 2021) will be re-examined using recently acquired remotely sensed and aeromagnetic data to prioritise targets for follow up work as part of the next phase of fieldwork. In particular, work will focus on areas surrounding the Star of Mangaroon Gold Mine, which is ~1.5 km away from E09/2422 and was recently acquired by Dreadnought Resources Ltd (refer DRE ASX release 12 September 2022).

- Linear and circular structures along major northwest-trending trans-lithospheric faults, including the Edmund Fault, intersect Venus' tenements. These faults are interpreted to have acted as pathways for carbonatitic or ferro-carbonatitic melts.