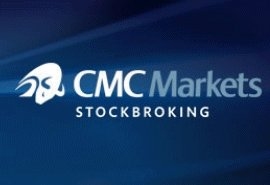 Sydney, Feb 27, 2009 AEST (ABN Newswire) - Yesterday the Asian major bourses posted losses, driven by negative sentiment caused in large part by doubts over the financial rescue package in the US and profit-taking. The US President Barack Obama was sending Congress a budget that projects the government's deficit for this year will soar to US$1.75 trillion, reflecting efforts to pull the nation out of a deep recession and a severe financial crisis.

Today Tokyo stocks rebounded modestly following a decline on Thursday. Hong Kong shares also started slightly higher on Friday led by HSBC which is likely to extend its rally into a third straight session ahead of its earnings next week.

Asia Economy Watch
Latest official data shows that Japanese industrial output plunged by a record 10% in January. This is evidence that the country's worst recession in decades is intensifying as the global economic crisis hurts demand for its exports.

Singapore Prime Minister Lee Hsien Loong said the nation's unemployment rate could rise to 5% this year, but the government is prepared to take further stimulus measures if needed.

China's economy will continue to be hurt by weaker confidence and the threat of protectionism, and the slowdown in growth won't hit bottom until after the first quarter, the China's vice commerce minister said.

Australian listed Environmental Clean Technologies (ASX:ESI) have signed their biggest deal with the Vietnam based Thang Long Investment and Commercial Joint Stock Company to establish a plant for the production of up to 20 million tonnes per annum of Codlry, a black coal substitute, over the next 30 years. Investment in the project is anticipated to be as high as A$6 billion dollars.

Panasonic Corp. (TYO:6752) is poised to announce a delay in its planned takeover of Sanyo Electric Co. (TYO:6764) until around the summer of this year. Panasonic was widely expected to launch a tender offer by the end of March.

It is reportedly that the Industrial Bank of Korea (SEO:024110) said Friday it has reached a Y20 billion currency swap agreement with Japan's Mitsui Sumitomo Banking Corp. to boost foreign-currency liquidity.

Japan's Oji Paper Co. (TYO:3861) will suspend two of the four papermaking machines at its Kushiro mill by the end of next month, slashing companywide capacity by about 5%.