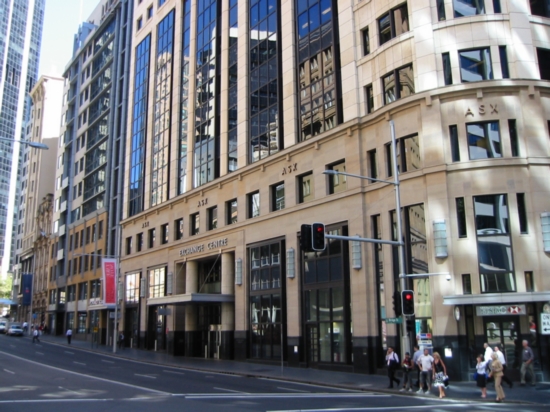 Awaiting Plan on US Toxic Assets
Sydney, Mar 23, 2009 AEST (ABN Newswire) - US stocks slid on Friday as investors remained cautious after an unexpected boost by US Federal Reserve. Some investors started to believe that the gains in the past two weeks could be a sign of market recovery. The Obama administration is also expected to unveil a plan to cleanse up to $US1 trillion in toxic assets from troubled US banks.

The Australian share market closed marginally lower as financial stocks plunged. The benchmark S&P/ASX200 fell 14 points, or 0.4 per cent, to close at 3465.8, while the broader All Ordinaries was down 11.4 points, or 0.33 per cent, to 3405.0. Analysts said it will be difficult for the market to rally as good as the previous two weeks. The rise in the period took the S&P/ASX200 index up by more than 10%.

Australian Prime Minister Kevin Rudd said it was now "virtually impossible" for Australia to avoid a recession given the global economic downturn, while the economy contracted 0.5% in the fourth quarter of 2008, the first time it has shrunk in eight years. Mr Rudd's was based on "very gloomy" International Monetary Fund forecasts for the global economy.

The Foreign Investment Review Board has remained silent on its decision regarding Minmetals' A$2.6 billion takeover bid for OZ Minerals (ASX:OZL) amid expectation that the result will be unveiled this week.

It is reported that Santos Ltd. (ASX:STO) and Deutsche Bank are likely to buy stock in Eastern Star Gas Ltd. (ASX:ESG) ahead of a possible takeover of the New South Wales state-based coal seam gas producer, citing unnamed sources.

David Jones (ASX:DJS) says it has no intention to change the percentage of selling salaries staff in the business after the retailer last Wednesday posted a 2.4 per cent rise in first-half net profit to $91.16 million.

Qantas Airways (ASX:QAN) is expected to cut up to 100 senior executive jobs in a management structure. The company spokesman declined to comment on the airline's potential restructuring plan and said it is a speculative story in response to the report.

Sigma Pharmaceuticals (ASX:SIP) has reported a 3.9% rise in annual profit for the year ended January 31, 2009 to A$80.12 million, up from A$77.15 million in the previous year. The company says it expects to deliver modest earnings growth this fiscal year.

Linc Energy (ASX:LNC) announced that its negotiating team was formally notified on Friday, 20th March 2009 that, other than Australian governmental approvals, all necessary approvals have now been obtained by the parties with whom negotiations have been continuing since late 2008 for the proposed purchase of the Emerald (Teresa) coal tenements.

Australian Worldwide Exploration (ASX:AWE) has agreed to buy a stake in a Vietnamese oil permit for an undisclosed sum. The agreement will result in AWE taking a 23.33 per cent interest in the permit in the Nam Con Son Basin offshore Vietnam.