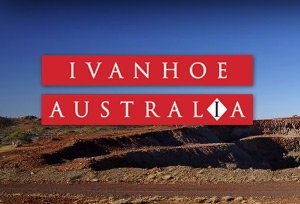 Japanese government is likely to revise the nation's projected real gross domestic product growth rate for fiscal 2009 lower to a contraction of around 3 percent, says government sources. In December, the government planned to project zero growth for the year that began April 1.

The unemployment rate in Hong Kong rose to 5.2 percent in the January to March period, from 5 percent in the previous quarter, the Census and Statistics Department of Hong Kong said on Monday.

Japanese electronics giant Hitachi Ltd (TYO:6501)(NYSE:HIT) said the company will consider raising capital. The company said it plans to spend less in the current fiscal year than it did in the prior year and applying for state funds would be one option for raising capital if the company needs to restructure or start a new business.

China's largest telecom operator China Mobile (HKG:0941)(NYSE:CHL) has reported a net profit of 25.201 billion yuan for the first quarter of 2009, an increase of 5.2 percent from the corresponding period of last year.

Japan's second largest wireless carrier, KDDI (TYO:9433), is expected to report a 12 percent rise in operating profit to about 450 billion yen for the fiscal year ended March 31. But its revenue is believed to have shrunk for the first time in six years.

China's truck maker Sinotruk (Hong Kong) Ltd. (HKG:3808) reported a 21% fall in its net profit for the year ended Dec. 31, due to rises in steel costs and lower demand for trucks in China and overseas as the global economy deteriorated.

Ivanhoe Australia (ASX:IVA) today announced its Merlin Project as the world's highest grade Molybdenum - Rhenium, the initial resources estimate only indentifies half the strike length, with 240 million pounds of Molybdenum, 6 million ounces of Rhenium, 30,000 tonnes of Copper and 2 million ounces of Silver.