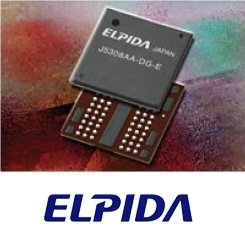 The Japanese government said today Japan's trade balance for the fiscal year ended March 31 saw a deficit of Y725.3 billion. That was the first deficit since fiscal year 1980, the Ministry of Finance said. The nation's imports fell 36.7% on year. Exports, meanwhile, plunged 45.6%. That gave Japan a trade surplus, at Y11.00B, for the second straight month.

Share of Japanese PC memory giant Elpida Memory (TYO:6665) jumped significantly today after the company said it plans to hike memory prices about 50 percent next month after output cuts eased oversupply. Elpida is also expected to seek around 50 billion yen in public funds to shore up its finances.

Honda Motor Co. (TYO:7267) is likely to deliver a group operating profit of about 150 billion yen for the year ended March 31, 10 billion yen higher than the company previously forecast. This is due to a weaker yen and better-than-expected sales in the first quarter of 2009.

India's state-run Oil & Natural Gas Corp. Ltd. (BOM:500312) Tuesday received approval from a government panel to acquire a minority stake in a Kazakhstan's Satpayev oil block and will invest around US$400 million in its development, said sources.

Citic Pacific Ltd. (HKG:0267) said it would book a disposal gain of HK$880 million from the sale of its 20% stake in a power producer in Inner Mongolia for CNY1.98 billion. The company also has agreed to sell its entire stake in North United Power Corp. to power producer Guangdong Yudean Group Co.

LG Electronics Inc. (SEO:066570) has reported a second straight quarterly net loss of KRW197.6 billion for the first quarter 2009, compared to a net profit of KRW422.2 billion a year ago. The company said the loss is because of the weakness in its flat-panel unit and foreign-exchange losses, but it forecasts an upbeat second-quarter.

Cement and fibreglass producer China National Building Material Co.(HKG:3323) posted a rise of 66% to CNY1.51 billion in its 2008 net profit, partly due to higher contributions from its cement business.

It is reported that South Korea's Posco (SEO:005490) is finalizing plans to sell 30% of its steel plant in southern Vietnam to Nippon Steel Corp. (TYO:5401).