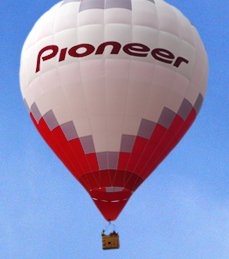 China's Ministry of Finance said the nation's tax revenues fell 10.3 per cent to CNY1.30 trillion in the first quarter, down from CNY1.45 trillion a year earlier. The ministry attributed the decline to slowing economic growth and reduced resources for government incomes.

Japanese government is likely to slash its economic forecast and project a 3.3 percent contraction for the current fiscal year as the export-reliant country has been hit hard by the deteriorating global economy, a government source said.

South Korea's automaker Hyundai Motor Co (SEO:005380) is likely post a nearly 50 percent drop in first-quarter profit due to weaker sales in global downturn. However, its affiliate Kia Motors Corp (SEO:000270) is expected to deliver a net profit thanks to a softer won and higher local sales driven by new models.

China's Bright Dairy & Food Co. (SHA:600597) said in a statement that its major shareholder, Shanghai Industrial Holdings Ltd. (HKG:0363), intends to sell all of its shares in the dairy firm. The statement did not disclose the value or the reason for the sale, saying Shanghai Industrial has yet to select a buyer.

China's shipping conglomerate China Cosco Holdings (HKG:1919)( SHA:601919) said yesterday its net profit for last year fell to CNY11.62 billion from CNY19.48 billion, a worse than expected 40.4 per cent decline due to a slump in freight rates. The company also said the slowdown in both international and domestic logistics demand will continue in 2009.

Japan's Mizuho Financial Group Inc. (TYO:8411) is expected to post a net loss of over Y500 billion in fiscal 2008 ended March 31 due to a surge in disposal costs for bad loans, says sources.

South Korea's Lotte Shopping Co. (SEO:023530) posted a 15% fall in its first quarter net profit from a year earlier, but its operating profit rose 12% despite the economic slowdown.

Japanese electronics maker Pioneer Corp. (TYO:6773) is seeking several billion yen of investment from Honda Motor Co. (NYSE:HMC)(TYO:7267) said sources familiar with the matter. The company hopes to turn itself around by strengthening its relationship with key automakers like Honda.