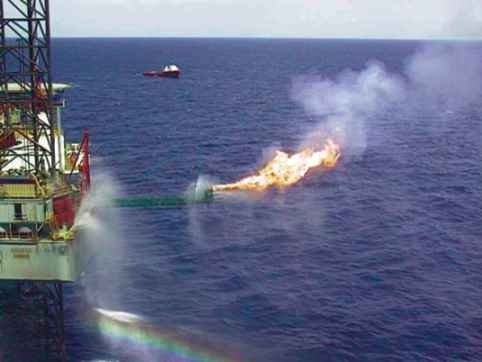 The Operator of L20/50, Carnarvon Petroleum Limited ("Carnarvon"), continued with technical studies and planning for a 2D seismic survey during the quarter. Acquisition of the survey is likely to commence in May or June 2009. The seismic survey is likely to focus on defining the Nong Bua-1 trap ahead of a decision to re-test that structure. The survey will also detail a number of newly identified leads, targeting the potential for volcanic reservoirs. Drilling will follow in 1H 2010. Ministerial approval for the planned aeromagnetic survey was still outstanding at the end of the quarter.

Sun Resources and Carnarvon accepted the L20/50 block award from the Thai Government at the official signing ceremony in Bangkok on 21 January 2008 and Carnarvon, as Operator, commenced exploration activities on the concession. L20/50 is to the south of and adjacent to the largest onshore oil and gas accumulation in onshore Thailand, the Sirikit Field, which to date has produced ~180 million barrels of oil equivalent ("mmboe''). L20/50 has only been lightly explored with the last effort some 25 years ago, in a time of much lower oil prices. The primary exploration play is fractured volcanic reservoirs within fault block structures, similar to those now producing up to 14,000 barrels of oil per day in the adjacent basin where Carnarvon Petroleum is active. A secondary play is the sandstone reservoir that produces most of the oil from the prolific Sirikit Oil Field.

A. OIL AND GAS development & production

The table below summarises Sun Resources' actual net working interest (WI%) production for the quarter and compares it with the previous quarter. Oil and gas prices (as reported) fell during the quarter. The averages for revenue received to account during the March quarter were US$46.65 per barrel and US$5.50 per 1,000 cubic feet respectively. Although gas production for the quarter increased as a result of renewed production from the Lake Long #9 well and the JSGU#1 (F1) discovery, revenue has decreased as a consequence of falling oil & gas prices. A successful testing outcome at the Meek prospect in the next quarter would increase production further, adding to the Company's US$ revenue base.
Units: mmscfg - million cubic feet gas; bo - barrels of oil

The SL328 #9 well has produced continuously during the quarter at a gross average of 2.88mmscgd gas and 38.5 bod. Production will continue to produce from 24 feet of net pay in the Middle Hollywood Sands. At a later date, after depletion of reserves in the Middle Hollywood, the 13 feet of net pay in the Upper Hollywood Sands will be completed through tubing for further production from this level. Gross reserves at both levels are approximately 3 billion cubic feet of gas equivalent ("bcfge").

Flour Bluff Gas Field, Texas, USA (Sun Resources - 20.00 to 24.1667%) Amalgamated gross production from the fields during the March 2009 quarter averaged 1.136 mmcfgd with 15 bod, ie 1.226 mmcfgde. Work-over operations are currently underway on the Smith#1 well with the expectation of increased production rates through calendar 2009. A 3D seismic programme is being planned over the West Flour Bluff Gas Field which will detail current reserves and target additional reserves in late 2010. Following the 3D seismic programme development drilling will commence to further increase production rates.

B OIL AND GAS EXPLORATION

Drilling operations concluded at Meek after running and cementing production casing from surface to 3,768m and the drilling rig was released on Friday 13th March. MEI advised that production equipment including flow lines was being installed ahead of testing the interval 3,606-3,611m, the most prospective zone within the Middle Meek Sands of the Middle Wilcox Formation. Installation of production equipment commenced on March 24th and was continuing at the end of the quarter.

Subsequent to the end of the quarter, construction continued and testing had commenced. At the time of this report, testing procedures to recover a commercial flow from the Middle Meek sands were continuing. A full report on the results of this zone's testing will be made when the operation is complete.

Sun Resources will have a material equity position in the following exploration wells currently scheduled for the remainder of 2008:
* Subject in part to successful farm-out negotiations

The TB #18 shallow prospect remains the subject of a leasing process. This prospect has the potential to replace declining production from the existing Frio fields in the "Margarita Shallow" inventory.

The "Deep Wells Programme" will test a number of deeper, larger volume, but higher risk, Wilcox prospects in the deep gas prospect inventory having potential un-risked recoverable volumes of 15 to 200 billion cubic feet of gas ("bcfg"), refer table below. Participation in these prospects by Sun remains subject to farm-out. The Cazadores Prospect (20 to 60 bcfg) is the most advanced prospect with the joint venture currently generating farm-in interest for possible drilling in the first quarter of 2010.

The top-ranked prospect in the prospect inventory, targeted for farm out after leasing is completed, has multiple targets in the productive Vicksburg Sands with high upside potential for both gas and oil as accompanying condensate (ie up to 58 bcfge). On trend to the Redback area are production analogues of the recognised prospects from the same targeted stratigraphic level. Individual wells from these analogues have produced at high initial daily well production rates of 3 to 4 mmcfgd with 100 to 140 bod. Participation in these prospects remains subject to farm-out. Sun Resources expects to farm down from the current 37.5% WI to retain a 20% WI through the first well.

This is a high impact project that awaits settlement of border issues between Malta, Tunisia and Libya. Operatorship reverted to Pancontinental Oil & Gas NL in the quarter as Anadarko International Energy Company ("Anadarko"), who farmed in three years ago, withdrew from the permit due to the lack of progress on the border issue. The Joint Venture is now looking to replace Anadarko and discussions are underway with the new Minister of Energy in Malta to refresh the title to allow exploration of the area to recommence.

The Operator of WA-254-P, Apache Northwest ("Apache"), continues to evaluate the exploration potential of the permit from reprocessed and new 3D seismic data. Sun Resources and two other joint venture parties continue an active divestment process of their combined 24.8% to 29.8% working interest in the permit which contains the Sage-1 oil discovery.

No activity for the Quarter. The Joint Venture on the Butterfly gold tenement in the North Coolgardie Mineral Field, Western Australia in which the Company has a 5% NPI interest remains current.

Sun Resources NL (ASX:SUR) is an Australian company, which is engaged in oil and gas exploration and investment. The Company operates in two segments: corporate administration and exploration. As of June 30, 2007, the Company participated in the drilling of seven oil and gas wells (six wells on South Texas Project Margarita prospects and one on a development project in the Lake Long Field area in Louisiana) and in a number of work overs and completions. Its exploration and production emphasis is on both oil and gas in conventional geological settings and within conventional reservoirs, principally located in Texas (Flour Bluff Gas Project, Project Margarita and Project Redback on the South Texas Gulf Coast), Louisiana (Lake Long Project) and California (Eagle Oil/Gas Development Project in the San Joaquin Basin). Its subsidiaries include Nieuport Pty Ltd, Sun Resources (New Caledonia) Pty Ltd, Sun Resources (NSW) Pty Ltd and Highland Petroleum Limited.