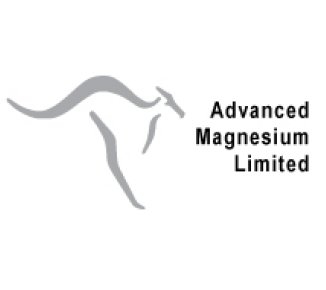 Advanced Magnesium Limited (ASX:ANM) has signed an agreement with Henan Keweier alloy materials Co., Ltd (KWE), a Chinese magnesium alloy producer. Under the agreement AML will invest RMB 15,000,000 for a 53% shareholding in the company. KWE's magnesium alloy plant, situated in Henan province, is presently under construction and is scheduled to commence production of generic magnesium alloys in July 2009.
Sydney, June 16, 2009 AEST (ABN Newswire) - Wall Street stocks tumbled overnight after data in the manufacturing and housing sectors showed that factory activity in the New York area continued to decline in June - falling at a modestly faster pace than it had in May. Meanwhile, a survey of home builders' confidence also dropped in June.

The Australian Bureau of Statistics' April lending finance figures show a rise of 1.9 per cent in home loans to owner occupiers, but a sharp decline of 12.9 per cent in commercial finance compared to March, seasonally adjusted. CommSec economist Savanth Sebastian said the lending figures showed concerns about a recession and rising unemployment continued to weigh heavily on sentiment and confidence about job security was needed to spark new borrowing.

The Reserve Bank of Australia today releases the minutes of its June 2 board meeting.

Logistics provider Toll Holdings (ASX:TOL) has agreed to buy all the shares in the Perkins Group, parent of the Perkins Shipping Group, for an undisclosed sum. Toll said the acquisition was expected to boost earnings per share in the first year.

The Bosch Group said it intends to make an off-market cash takeover bid of A$0.23 per share for all the shares in Pacifica Group Limited (ASX:PBB) that it does not own. Bosch is the largest shareholder in Pacifica and currently holds approximately 76.6% of the shares in Pacifica. The offer represents a 44% premium to the last traded price of Pacifica prior to the announcement.

Westpac (ASX:WBC) and National Australia Bank (ASX:NAB) have followed the Commonwealth Bank (ASX:CBA) in raising their fixed-term home loan rates. Westpac increases its mortgage rate between 10 basis points and 50 basis points for most of its longer-term offers. NAB has raised the interest charges on its two-to-five year set mortgages by between 15 and 40 basis points.

Ten Network (ASX:TEN) shares jumped almost 7 per cent yesterday after suggestions that its owner CanWest could offload its stake in the broadcaster without permission from lenders were rejected. But Ten Network secretary Stephen Partington said yesterday the new financing arrangements between CanWest and some of its lenders in fact restrict CanWest in its ability to deal with its interests in Ten.

Nufarm Ltd (ASX:NUF) warned that it would not achieve previous earnings guidance for the current year because of a decline in demand for glyphosate and increased price competition for fewer sales opportunities in key markets. The company said it expected to miss the previous guidance of A$220 million by about 15 per cent on current projections.

Lihir Gold Ltd (ASX:LGL) announced a reduction in estimated production at its Ballarat project this year to about 20,000 ozs. Longer-term annual production at Ballarat is now anticipated to be in the range of 80,000 to 100,000 ozs and is dependant on a successful drilling and development program in the northern zone.

Goodman Group (ASX:GMG) has confirmed a deal with the China Investment Corp (CIC) to inject A$200 million into Goodman through a finance facility. As part of the transaction, Macquarie Group (ASX:MQG) and its associates have sold down about A$15 million of their exposure in Goodman to CIC.

Advanced Magnesium Limited (ASX:ANM) has signed an agreement with Henan Keweier alloy materials Co., Ltd (KWE), a Chinese magnesium alloy producer. Under the agreement AML will invest RMB 15,000,000 for a 53% shareholding in the company. KWE's magnesium alloy plant, situated in Henan province, is presently under construction and is scheduled to commence production of generic magnesium alloys in July 2009.