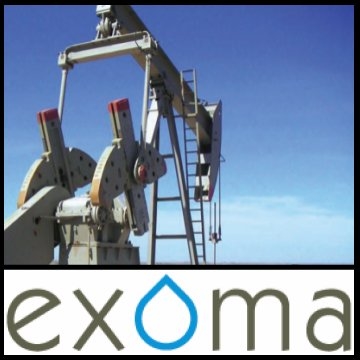 Exoma announced its plans to purchase the Galilee Gas Project from private company Longreach Number 2 Pty Ltd ("Longreach") in May 2009. Prior to today's shareholder vote, all technical and financial due diligence was completed and Exoma released an independent expert's technical report June 2009, which confirmed the project's prospectivity.

The Galilee Gas Project consists of five contiguous Authorities to Prospect (ATPs 991, 996, 999, 1005 and 1008) covering an area of 26,840 km2. The ATPs are in the final stages of the granting process by the Queensland Department of Energy & Mines. The acquisition remains conditional on the ATPs being granted and transferred to Longreach.

The purchase is in line with Exoma's strategic objective to acquire onshore oil and gas exploration projects in Australia with potential to generate a strong return on investment in the short to medium-term following the sale of the company's United States assets in February 2009.

Exoma plans to aggressively pursue exploration programs for this project - spending approximately A$47 million on drilling over the next four years - to prove up economic gas resource areas within ATPs of sufficient size to warrant early development. The initial development activities will be funded from a proposed A$2 million Placement and existing cash reserves.

Below is the proxy summary for the General Meeting of Exoma Energy Limited held in Perth on Monday, 27 July 2009 for the following resolutions:

The instructions given to validly appointed proxies in respect of the resolution were as follows:
Motions one, three and four were carried as ordinary resolutions and motion two was passed as a special resolution; all being carried on a show of hands.

Exoma Energy Limited is an Australia-based company engaged in the production and exploration for oil and gas.