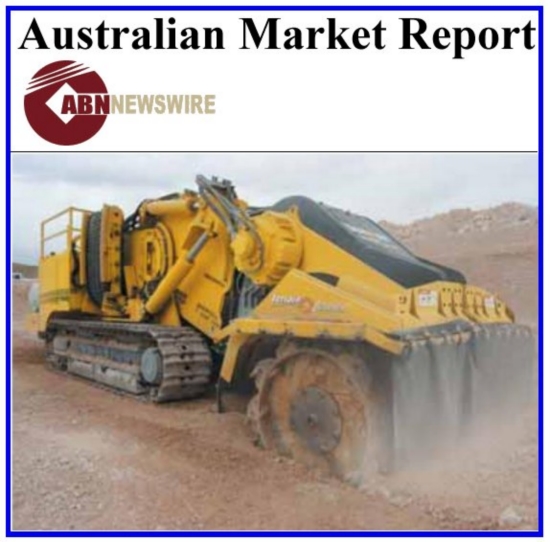 Australian Market Report of August 24: US Home Sales Boosted Confidence
Sydney, Aug 24, 2009 AEST (ABN Newswire) - Wall Street posted a fourth day on Friday rise as the US existing home sales data gave investors more confidence that it is the end of the recession. For the week The Dow Jones Industrial Average gained almost 2 per cent, while the Standard & Poor's 500 index added 2.2%.

Australian market Friday slumped on weak earnings and worries over China's plan to tighten lending. The benchmark S&P/ASX200 share index ended down 86.9 points, or 2 per cent, at 4290.6, while the broader All Ordinaries also 2 per cent, to 4305.7.

The Australian Securities and Investments Commission (ASIC) will perform the supervision of real-time trading on all of Australia's domestic licensed markets. The move clears the way for the government to consider ending today's market monopoly by exchange operator Australian Securities Exchange. ASX will retain responsibility for supervising entities listed on their exchange.

Fairfax Media (ASX:FXJ) reported a net loss of A$380 million for the year to June 30, compared to a net profit of $386.9 million in the previous corresponding period. No final dividend will be paid. Fairfax says the decline in advertising revenues appears to have bottomed but a material recovery in advertising demand has not yet commenced.

Electrical goods importer and distributor Breville Group (ASX:BRG) has reported a 43 per cent fall in net profit for the year ended June 30 to A$11.76 million, down from A$20.89 million in the previous year. Breville said its 2008-09 results were encouraging given the most challenging and volatile economic environment for many years. The group said it is positioned to deliver an increase in earnings in 2009-10.

Austereo Group (ASX:AEO) posted a fall of 15.2 per cent in its annual profit to A$41.4 million, down from the profit in 2007/08 of A$48.8 million. Austereo expects a tough 2010, and chief executive officer Michael Anderson said he was cautiously optimistic on future advertising.

Challenger Financial Services Group's (ASX:CGF) net loss for the 12 months ended June 30 was A$90.7 million, even lower than the loss of A$44.2 million recorded in the previous year. However, normalised net profit was A$218.9 million, up 0.5 per cent. The group said it is very well-capitalised and capable of moving quickly on opportunities expected to arise for life and funds management.

Centrebet International (ASX:CIL) has posted a 36.6 per cent drop in annual net profit to A$8.32 million, down from A$13.0 million in the prior year. Centrebet said the company had seen strong revenue growth in Australian operations in 2008-09, up 23 per cent at A$32.9 million. It expects a strong growth for the full year ending 30 June 2010 and the overall industry to show strong growth over the medium term.

Australian Engineering services group WorleyParsons (ASX:WOR) reported a 13.6 per cent rise in full-year profit. Net profit for year ended June 30 was A$390.5 million, up from A$343.9 million in the previous year. It was because WorleyParsons won a series of contracts to work on oil, gas and power projects, but it said continuing uncertain market conditions means it's unlikely to repeat the result this year.

Toll road operator ConnectEast Group (ASX:CEU) announced an equity raising of up to A$421 million after it posted annual net loss of A$531.58 million for the year ended June 30, 2009, which compares to a net loss of A$9.33 million in the prior year. The result included a writedown on the EastLink toll road concession of A$400 million after an independent review of traffic.

BC Iron Limited (ASX:BCI) has formally entered into the Nullagine Joint Venture with its 50:50 infrastructure Joint Venture partner, Fortescue Metals Group (ASX:FMG), for development of the Nullagine Iron Ore Project, located in WA's Pilbara region. The deal will boost BC Iron's prospects as it becomes the first junior to gain third party access to both rail and port infrastructure.