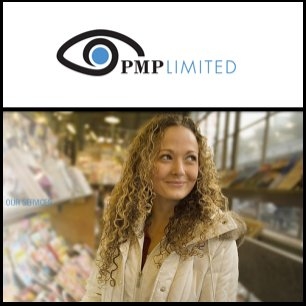 The Australian Bureau of Statistics (ABS) will unveil its GDP figures on Wednesday. Economists anticipate the GDP to grow by 0.7 per cent in the June quarter, above the Reserve Bank of Australia's (RBA) mid-August prediction of 0.25 per cent in year to June.

Elders Limited (ASX:ELD) has requested a trading halt pending finalization of the terms of a comprehensive recapitalization and refinancing. Elders said it has entered into binding purchase and sale agreement with Gunns Limited (ASX:GNS) for the sale of its ITC Timber Pty Ltd, an entity which holds Elders' hardwood timber processing operations as well as its 50% stake in Smartfibre Pty. Ltd. Gross proceeds of the deal are expected to be about A$100 million.

ANZ Bank (ASX:ANZ) said underlying profit after tax is tracking slightly above comparable period in 2008, while cash profit is tracking broadly in line with previous year. The bank said its strong revenue trends had continued, driven largely by the performance of the institutional division, ANZ said.

Felix Resources (ASX:FLX) has reported a 42 per cent rise in annual net profit for the year to June 30 to A$267.6 million, up from A$188.5 million in the previous corresponding period. The company said it is in good shape going into 2010 provided there are no more global financial shocks which may cause a slowdown like that suffered in late 2008.

Gunns Ltd. (ASX:GNS) reported a flat result for the year to June 30. Net profit slid 1.0 per cent to A$56.2 million from A$59.2 million a year earlier. The company declared a final dividend of two cents per share, compared to four cents in the prior year. Gunns chairman John Gay said the outlook for Gunns' forest products business remained difficult, but timber operations are well positioned to benefit from any recovery in the domestic construction industry.

PaperlinX (ASX:PPX) decided against paying a final dividend as it reported a A$798.2 million annual loss affected by impairment charges, a loss on the sale of its Australian paper operation, and related restructuring costs. The paper manufacturer posted a profit of A$72.2m a year earlier.