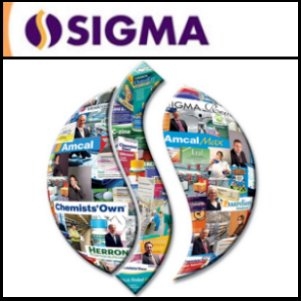 Sigma Pharmaceuticals Ltd (ASX:SIP) has requested a trading halt pending an announcement on an acquisition and potential capital raising. Sigma expects to report on the outcome of the institutional component of the capital raising before the start of trading on September 11.
Sydney, Sep 7, 2009 AEST (ABN Newswire) - Wall Street was higher on Friday as a government report showed that the pace of job losses slowed in August. But the US stocks were still in negative territory for the week with the worst performance since early July.

The Olivier Job Index employment ads grew 2.43 per cent in August, the biggest jump since May 2008. But while the new figures show an overall growth in the Australian job market, the number of jobs advertised in New South Wales has continued to decline.

The Australian Industry Group - Housing Industry Association (HIA) Performance of Construction Index rose 2.9 points between July and August to reach a level of 42.4, but still below the key 50 level that separates expansion from contraction. The rise in PCI is indicating the pace of contraction slowed slightly in August.
Tdoay ANZ releases Job ads series for August.

James Packer is expected to sell his 11.7 per cent stake in property group Sunland Group (ASX:SDG) to increase his war chest as part of an aggressive plan to restructure his business empire. James Packer raised about A$400 million by selling a 20% stake in Challenger Financial Services Group Ltd (ASX:CGF) Friday. The war chest may be built up to defend against Seven Network's (ASX:SEV) acquisition on Consolidated Media (ASX:CMJ) or to help bankroll a huge bid to privatise the Crown Ltd (ASX:CWN).

Sigma Pharmaceuticals Ltd (ASX:SIP) has requested a trading halt pending an announcement on an acquisition and potential capital raising. Sigma expects to report on the outcome of the institutional component of the capital raising before the start of trading on September 11.

Agricultural and automotive components group Elders Ltd (ASX:ELD) announced an annual loss of $A415.4 million for 2008/09 last Friday. Elders also said it would raise as much as $550 million through the issue of deeply discounted new shares, and that the restructuring of a separate debt package would mean that no dividends would be paid until 2012. Elders will issue new shares at 15 cents each.

Macquarie Airports (ASX:MAP), which is internalising its management, said independent expert KPMG has found MAp's planned A$345 million payment to its parent Macquarie Group (ASX:MQG) to internalise its management to be fair and reasonable. The internalisation will be funded through a one-for-11 non-renounceable rights issue to its stapled security holders.