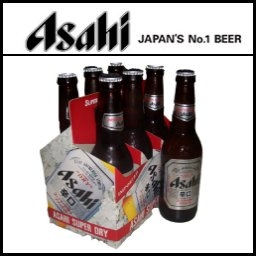 Asahi said it is not considering a takeover of Orangina, in response to the speculation that it is in talks to buy Orangina Schweppes Group from its private-equity owners Blackstone Group and Lion Capital. Asahi and Suntory have long been competitors in overseas M&A activities. Asahi lost a bid to acquire Groupe Danone's Frucor juice unit, which Suntory bought for A$770 million late last year.

It is reported that the private equity companies are considering a last-minute approach from Asahi after the exclusive negotiation period with Suntory ended in August.

Suntory, which is also in negotiation related to a merger with rival Kirin Holdings (TYO:2503), confirmed on Thursday Blackstone Group and Lion Capital are in talks with Suntory over a sale of Orangina.

The price of the deal between Suntory and Orangina's owners is not disclosed, but it is expected to exceed the US$2.6 billion that Blackstone Group and Lion Capital paid in 2006.

The purchase of the French firm will secure Suntory's footholds in the U.S., Asia and now Europe, and benefit the Suntory-Kirin merger as Kirin also has not operating base in Europe.