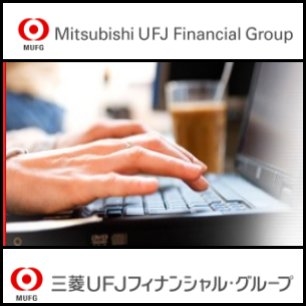 Japan's Mitsubishi UFJ Financial Group (TYO:8306) has decided to sell its 6.4% stake in Challenger Financial Services Group (ASX:CGF), with Morgan Stanley Tuesday offering some 40.0 million shares in Challenger at A$3 each on behalf of the group. The move comes just weeks after James Packer sold his long-held 21 per cent stake in Challenger Financial Services for nearly A$400 million.
Sydney, Sep 16, 2009 AEST (ABN Newswire) - Wall Street closed modestly higher on Tuesday after positive US economic data. Meanwhile, the Federal Reserve chief Ben Bernanke also said the "recession is very likely over at this point". US retail sales were surprisingly strong in August largely due to government's "cash for clunkers" program, but analysts warned that it may not represent a sustainable recovery in consumer spending.

The Australian share market closed flat yesterday, giving up its early gains after Telstra shares were hit by the Federal Government's announcement on reforms plan. The benchmark S&P/ASX 200 index added 9.2 points, or 0.2 per cent, at 4540.30, while the broader All Ordinaries index advanced 11.1 points to 4547.20.

The Australian Bureau of Statistics dwelling commencements report for the June quarter showed that home starts fell by a seasonally-adjusted 3.7 per cent to 30,411 units, below economists' expectation of a rise. It was the fourth consecutive quarterly fall and the lowest result since the June quarter of 2001.

Medical centres operator and diagnostics provider Primary Health Care (ASX:PRY) said it would raise A$180 million from a placement of new shares to institutional investors. The floor price would be A$6.03 a share, representing a 6.2 per cent discount to yesterday's volume average weighted share price. After the placement, Primary will seek to raise up to a further A$20 million from eligible shareholders via a share purchase plan.

Santos (ASX:STO) chief executive David Knox said he expects the ExxonMobil-led Papua New Guinea liquefied natural gas project to be approved this year and the deal to be closed in the first quarter of 2010. Mr. Knox indicated that Santos has sold smaller assets to focus on the larger projects.

The hardware joint venture between supermarket chain Woolworths (ASX:WOW) and United States-based home improvement company Lowe's (NYSE:LOW) has announced that it will spend A$400 million in Victoria over the next five to seven years, opening 30 "big-box" format stores. The company plans to have 150 stores across Australia within five years.