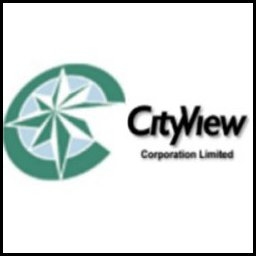 In September 2009 shareholders holding a majority interest in Fortitude Minerals Limited ("Fortitude") and Angola Diamond Holdings Limited ("ADH") merged their shareholdings on a formula established by Fortitude's auditor: being one Fortitude share for every 8.8 ADH shares.

CityView did not exchange its interest in ADH for Fortitude shares at the time but has entered into a put and call option to exchange its ADH shares on identical terms prior to December 31, 2009. CityView intends to exercise its option this month, whereupon the total issued capital of Fortitude will be 327,493,974 shares of which CityView will own 75,088,849 shares representing 22.93%.

Discussions progressed with the Cameroon Government during the Quarter on their proposal for the substitution of Matanda PH72.

Negotiations continued with several parties on the selection of a suitable location for the installation of the 55,000 bpd crude oil refinery.

During the Quarter CityView undertook extensive due diligence on the potential of coal briquetting in South Africa. Following this research, CityView entered into an agreement to acquire 74% of Velvogen (Pty) Limited ("Velvogen") a South African corporation; the remaining 26% being held by a Black Economic Empowerment entity.

The Agreement to acquire Velvogen is subject to a number of conditions of which the key terms are:-

(ii) Velvogen procuring a US$8.5 million bond to cover the plant construction costs.

(iii) Velvogen holding rights to be supplied with 750,000 tonnes per annum of high grade coal fines.

(v) Velvogen having all necessary arrangements in place for technical and management services.

(vi) the purchase price to be satisfied by assignment of a CityView receivable of US$10,172,807 with the balance payable from CityView's share of Velvogen's net cash flow.

(vii) the purchase price balance to be settled by vendor finance 6 year Notes with interest at 10%, adjustable by a direct relationship between CityView's 74% interest and a three times multiple of Velvogen's audited EBITDA.

(viii) the vendor finance Notes issued by CityView not to be drawn against until after twelve months from the commencement of Commercial Production by Velvogen, which is defined as having the plant running continuously for 90 days at a minimum rate of 100 tonnes per hour.

CityView received a determination from ASIC dated August 20, 2009 under subsections 708AA(3), 708A(2) and 713(6) of the Corporations Act in relation to CityView until August 20, 2010. On September 18, 2009 CityView announced that an appeal has been lodged in the Administrative Appeals Tribunal in respect to such determination.