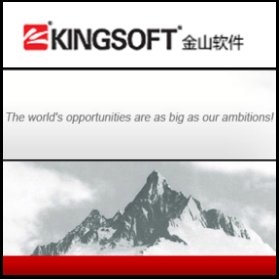 During the period under review, the core business of Kingsoft continued to grow. Revenue increased by 13% year-over-year to RMB246.1 million. Two major operational indicators, daily average peak concurrent online games users and monthly average paying online games users, grew by 7% and 25% year-over-year respectively due to the commercial launch of JX III in China, the Company's first 3D MMORPG (multi-player online role playing game), and the commercial launch of JX World in Vietnam. Gross profit increased by 12% year-over-year to RMB210.7 million. Profit attributable to owners of the Company for the period amounted to RMB69.1 million, representing a year-over-year decrease of 33%. It was due to increased cost of revenue as well as selling and distribution costs incurred by the launch of JX III, coupled with increased research and development costs.

Mr Pak Kwan KAU, Chairman and Chief Executive Officer of Kingsoft, said, "We are confident that JX III will leverage the growth of 3D game market and expand JX franchise further. We expect to see increasing game revenue with the help of JX III."

Revenue from applications software business was RMB81.5 million, representing a year-over-year growth of 20%. As the Company continued to transform its applications software business to a software-as-a-service platform, online subscription has grown to become a major revenue source. Driven by the increased portion of SMS and bank card subscribers whose monthly ARPU is higher, monthly ARPU for online services of Kingsoft Internet Security business increased by RMB0.4 year-over-year to RMB2.1.

Kingsoft is committed to product development to accommodate different customer needs. During the period under review, the Company launched Kingsoft WPS Office 2009 - Campus Edition and Kingsoft Internet Security - Netbook Edition. With successful sales strategy and promotion, Kingsoft WPS Office software (named as Kingsoft Office in Japan) has been adopted by over 341 higher education institutions, secondary and primary schools in Japan. In China, it was purchased and fully adopted by the State Electricity Regulatory Commission.

OUTLOOK
Looking ahead, Kingsoft is optimistic about the growing momentum in both entertainment software and applications software businesses. JX III recorded a peak concurrent user of about 140,000 after the commercialization. The Company expects the game will continue to deliver good performance. With self-developed WPS Office, Kingsoft PowerWord and Kingsoft Internet Security, the Company is well positioned to capture opportunities in applications software market.

Kingsoft has several well-known products such as WPS Office, Kingsoft PowerWord, Kingsoft Internet Security, and online games such as the JX Series and The First Myth. In addition, the Company sells various products such as Kingsoft Internet Security and Kingsoft PowerWord to retail consumers, corporate organizations and government agencies in China using online and offline distribution channels.

With its headquarters in Beijing, Kingsoft has multiple research and development centers based in Zhuhai, Beijing, Chengdu, Dalian and Shenzhen. The Company's vision is to create world-class software products that run on every computer. The Company's strategy is to enhance its position as a leading entertainment and application software developer, operator and distributor in China and to expand its presence in certain oversea markets.