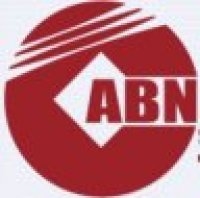 Sydney, Dec 24, 2009 AEST (ABN Newswire) - The Australian shares Wednesday were broadly higher in the last full trading day before Christmas holiday. The market rose in a light trade after the US market gained on the upbeat home sales data. At the close, the benchmark S&P/ASX200 index rose 35.1 points, or 0.7 per cent, at 4739.3, while the broader All Ordinaries advanced 31.7 points, or 0.7 per cent, to 4756.1.

No economic data is due on Thursday.

Rio Tinto (ASX:RIO) has formally accepted the $US2.025 billion offer by Amcor (ASX:AMC) for some of the Alcan Packaging businesses. The offer has been cleared by the European Commission but was yet to be cleared by the US Department of Justice, Rio Tinto said. If the sale proceeds, Amcor will buy the Alcan Packaging global pharmaceuticals, global tobacco, food Europe and food Asia divisions.

Ausmelt Limited (ASX:AET) said Wednesday has received a third proposal to acquire up to 100 per cent of the issued capital of the company. The latest proposal, from the Xiyang Group of Liaoning Province, China, is a non-binding indicative proposal outlining a price of A$1.45 per Ausmelt share. The Ausmelt Board is of the view that the Xiyang Group offer is not a superior proposal as defined under the Bid Implementation Agreement with Finnish mining and metal processor Outotec (HEL:OTE1V), which has increased its takeover bid for Ausmelt to A$1.35 a share.

Australia's Takeover Panel has declined to make a declaration of unacceptable circumstances in response to an application from The Maryborough Sugar Factory Limited (ASX:MSF) in relation to its off-market scrip takeover bid of Tully Sugar Limited. The Panel requested further disclosure be made as it was concerned that Tully shareholders had insufficient information to make decision.

Billabong International Ltd (ASX:BBG) has entered into a conditional agreement to acquire an interest in online board sports retailer, Surfstitch. The agreement will allow Billabong acquire a minority equity interest in Surfstitch, with options to acquire 100 per cent of the business. Billabong said the purchase price was not material and was subject to a confidentiality agreement.

AWB (ASX:AWB) chairman Peter Polson said the company expects its 2010 pretax profit before significant items for continuing operations to be between A$115 million and A$140 million, compared with A$93 million last year.