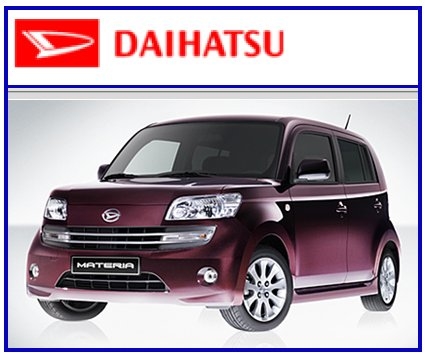 Daihatsu Motor Co. to focus on the the fast-growing market of Indonesia and Malaysia
Sydney, Jan 8, 2010 AEST (ABN Newswire) - Overnight US shares ended with modest gains helped by better-than-expected retail sales data and upbeat broker comments. But investors were still cautious ahead of the release of the non-farm payrolls data. Most Asian stocks declined Thursday. China's Shanghai Composite lost 1.9 per cent over fears of possible rates rise while Chinese central bank is tightening liquidity in the interbank money markets.

NYSE:CVX) Australian unit have signed an agreement for the sale of 4.5 million metric tons of liquefied natural gas over 15 years, beginning in 2015, from Chevron's Gorgon project in Western Australia. Nippon Oil plans to build a new LNG receiving terminal at Hachinohe, a port city in Aomori prefecture in northern Japan, where the 300,000 tons a year LNG from Gorgon will be received if the draft agreement is finalized.

SEO:005490) have plans for US$14 billion of new investment in India. POSCO, the world's No.4 steelmaker, plans to produce 32 million tonnes of crude steel this year, compared with under 30 million tonnes estimated in 2009. POSCO also said it will wrap up acquisition talks with Thailand's Thainox Stainless soon, as talks are going well.

SHE:000002), the country's biggest real estate developer by market value, reported its property sales last month rose a modest 3% from a year earlier to CNY5.5 billion, compared to November's 47% rise. The significant slowdown could be an early sign of the impact of to China's recent measure to cool the overheated property market, said analysts.

TYO:7262) said Thursday it has sold its entire 50 per cent stake in the automobile parts manufacturing joint venture to FAW Jilin Automobile. The value of the deal was not disclosed. The Japanese firm said it will continue with its licensing agreement to share technology to produce engines and transmissions with its Chinese partner. Daihatsu now plans to concentrate management resources on its key overseas markets of Indonesia and Malaysia, the company said.

US-Based investment firm Indigo Partners will pare its 24 per cent stake in Tiger Airways via the budget carrier's initial public offer. And Ryanair (ISE:RYA) has an option to place out some of its 16 per cent stake as vendor shares if there is an overallotment. But Tiger's largest shareholder, Singapore Airlines (SIN:C6L), will hold on to its 49 per cent, as will Temasek Holdings, which owns 11 per cent.