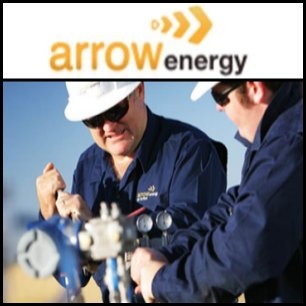 HKG:0857) have teamed up to launch a US$3 billion bid for Australia's Arrow Energy (

ASX:AOE), offering Arrow shareholders A$4.45 in cash per share, plus a share in a new entity comprising Arrow's international business. Arrow said it had received a "non-binding indicative and conditional proposal" from a company jointly owned by Shell and PetroChina. It would be PetroChina's first stake in the coal-bed methane sector in Australia. PetroChina said the bid was still at early stage. Arrow board recommends shareholders take no action in related to their arrow shares.

TYO:8755) said it will buy out a Singaporean property insurer to strengthen its business in the rapidly growing Southeast Asia. The Japanese nonlife insurer will purchase all common and preferred shares in Tenet Insurance from its holding firm Hwa Hong Corp.(SIN:H19) for about 6.2 billion yen by the end of June. Sompo Japan will also integrate the clerical operations of its Singapore unit and Tenet with an eye toward merging the two companies. If the merger succeeds, the combined firm would likely rank around 10th in Singapore in terms of insurance premium revenues.

HKG:1055), the country's largest carrier by fleet size, said Tuesday it plans to raise no more than 10.75 billion yuan through private placements both in Shanghai and Hong Kong. The airline will issue up to 1.77 billion new A shares in Shanghai to up to 10 specific investors at a price of at least 5.66 yuan, and to sell no more than 312.5 million H shares at no less than HK$2.73. The proceeds will be used to repay bank loans. The plan is subject to approvals from the shareholders and China Securities Regulatory Commission.