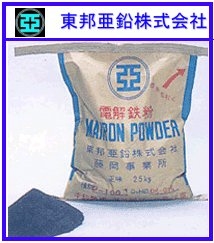 ASX:CBH), will double its stake in CBH after the Australian miner recommended shareholders accept the proportional takeover bid. Under the offer Toho will increase its stake in CBH to a maximum of 49.9 per cent at A$0.25 a share. Toho now also holds a 50.6 per cent interest in CBH's convertible notes. CBH said it was not recommending the proposal from Belgian zinc giant Nyrstar (EBR:NYR) because it could not be successful in the current form.

SEO:000270) said it will invest 100 million euros building a new engine plant at its assembly site in Slovakia. The plant will have an annual production capacity of 300,000 cars. The company has planned to boost car production in Slovakia by 40 percent this year, driven mainly by rising demand in the SUV market.

HKG:0941), the world's biggest mobile operator by subscribers, reported that net profit for the 12 months ended Dec. 31 rose 2.3 per cent to 115.20 billion yuan from 112.63 billion yuan a year earlier. Despite the profit increase beats market expectations, China Mobile saw a sharp slowdown in profit growth for 2009 compared to previous corresponding period. The telecom operator says it plans to cut capital spending in the next three years.