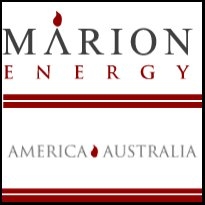 PINK:MAEJF) is pleased to update and outline its corporate, operational and capital strategy for the Company as it moves into increased production through the implementation of its operational program across its North American onshore gas assets.

Corporate: Board and Management Changes

The Company has commenced a Board restructure to support the strong operational and commercial focus of activities currently in progress, while retaining extensive existing management expertise.

Board and Management changes are as follows:

- Resignation of Non-Executive Directors: Dick Carter, Alan Edgar and Gregory Harvey have resigned from the Board

Jay Stratton will continue in his role as Chief Operating Officer, with direct oversight of the implementation of the Company's comprehensive operational strategy.

The changes will allow for the Board restructure to occur in the near term.

The Board thanks Messrs Harvey, Carter, and Edgar for their efforts in guiding the Company through a challenging economic environment.

The Company looks forward to taking advantage of operational advances to maximise the value of our assets for long term shareholder value. The Company has a clear operational and capital management strategy in place to achieve that objective.

Marion Energy is also pleased to provide further information on the comprehensive operational plan designed by Chief Operating Officer Jay Stratton and now being implemented by the Company.

Under the program, each well will be subject to three to four stages of works, which are designed to open up the full Ferron interval to production, via the removal of blockages and flow restrictions and the efficient management of water produced from operations.

The program is initially focussed on bringing the Oman 2-20, Ridge Runner (RR) 13-17, RR 11-17 and RR 2-19 wells at Clear Creek back into production. Under the current schedule, these wells are expected to be back onto production to varying levels by June 2010.

As announced to the ASX on 22 March 2010, remediation work is progressing successfully on Oman 2-20, with natural gas now being consistently sold into the market.

Further updates will be released at the program progresses.

The Board is also pursuing a prudent capital management strategy to support the continued implementation of the operational program, including the recent completion of a A$2.8m placement, renegotiation of the Company's banking facility and a proposed capital raising.

As announced to the ASX on 7 April, 2010, the Company has successfully achieved a renegotiation of the terms of its banking facility with its bankers, BNP Paribas Fortis and Fortis Netherlands, resulting in:

- The removal of a requirement to repay A$5 million of the loan balance on September 31, 2010;

- A further six month extension to 30 September 2011 for the balance of the facility to be repaid.

In addition, the Company also intends to undertake a further capital raising involving existing shareholders in the current quarter.

The commencement of the Board restructure, progress on the operational program and the implementation of a capital management program provides Marion Energy with a strong platform for growth it moves into increased production across its North American onshore gas assets.