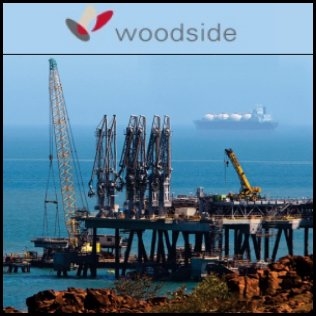 ASX:WPL) Friday posted production of 19.2 million barrels of oil equivalent (MMBOE) in the quarter ended March 31. Its production volumes in first quarter were down 5 per cent compared to the previous quarter, and down 7 per cent relative to the corresponding period in 2009. Woodside said that the fall in production was due to a 46-day maintenance outage at its Stybarrow field, the sale of its Otway assets, off the Victorian coast, and a natural decline in production at Stybarrow, Enfield and Neptune. Sales revenue was US$1.028 billion, 10 per cent lower than sales in December quarter, but up 43 per cent on the same period last year largely as a result of improved commodities prices.

ASX:MAP) said that Sydney Airport achieved an encouraging earnings result for the three month ended March 31, 2010 thanks to traffic recovery. Sydney Airport's unaudited earnings before interest, tax, depreciation and amortisation (EBITDA) increased 13.1 per cent to A$187.1 million in the three months ended March 31, up from A$165.3 million for the first quarter of last year. The result was driven by the strong rebound in traffic, particularly international traffic in the quarter rose 11.8 per cent on a year earlier, reflecting the increase in demand from both leisure and business passengers.

ASX:LGL) raised it production guidance for the year to 1.0 to 1.1 million ounces in its first quarter production report. Lihir posted a first quarter production of 229,757 ounces, down 17 per cent on the previous three-month period, and 26.43 per cent lower on the equivalent period a year earlier. The company says this is in line with expectations and leaves it well placed for the remainder of 2010 and a weaker quarter at its flagship Lihir Island mine in Papua New Guinea is expected to be followed by a stronger performance over the rest of the year.