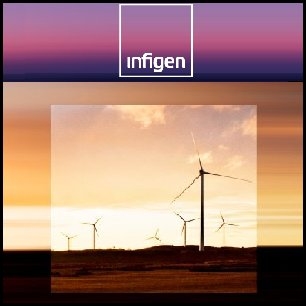 Infigen Energy (ASX:IFN), an Australian specialist renewable energy business, said the consortium comprising the company and Suntech Power Holdings (NYSE:STP) has been shortlisted as one of four applicants in the solar photovoltaic category under round one of the Federal Government's Solar Flagships Program.
Sydney, May 12, 2010 AEST (ABN Newswire) - Australian shares opened stronger this morning on bargain hunting, despite Wall Street overnight fell on worries over the effectiveness of the bailout plan for eurozone and fears over China's further move to tighten monetary policy. Yesterday China's data showing that inflation in the country is rising prompted declines in most Asian markets.

The Commonwealth Bank of Australia (

ASX:CBA) reported unaudited cash earnings for the quarter ended March 31 were approximately A$1.5 billion. The lender saw good volume growth in key markets, particularly deposits with stable customer margins, but other banking income was softer. Commonwealth Bank is cautious to the outlook and says credit growth remains muted, and margins continue to come under pressure from higher average funding costs and strong price competition. The bank also said it has clearly passed the peak in the bad debt cycle, key credit quality indicators remain at elevated levels and we continue to expect gradual, rather than dramatic improvement.

ASX:SPN) posted a net profit after tax of A$209 million for the year ended March 31, 2010, up from a profit of A$146.9 million in financial year 2009. Comparison of the results is affected by a one-off write-down in previous year of A$43.3 million on meters to be replaced under the Advanced Metering Infrastructure rollout program. Profit from continuing operations before the impairment writedown was up 17.9 per cent. The strong result was due to higher revenues under regulated price path for all networks and higher revenues from Select Solutions, as well as lower Management Company Fees.

NYSE:STP) has been shortlisted as one of four applicants in the solar photovoltaic category under round one of the Federal Government's Solar Flagships Program. The program provides A$1.5 billion in funding over six years for the construction and demonstration of up to four large scale solar power plants in Australia in partnership with the States and Territories and private sector.

ASX:TCL) today said it has rejected the A$7 billion takeover bid from its three main shareholders. The takeover proposals from Canada Pension Plan Investment Board (CPPIB), CP2 and Ontario Teachers Pension Plan Board (OTPP) involves the acquisition of all the issued stapled securities of Transurban through a scheme of arrangement. The primary proposal offered $5.57 per security, on condition Transurban dropped its current capital raising to fund its acquisition of the Lane Cove Tunnel in Sydney. The second bid was priced at A$5.42 per security but allowing the capital raising to proceed.