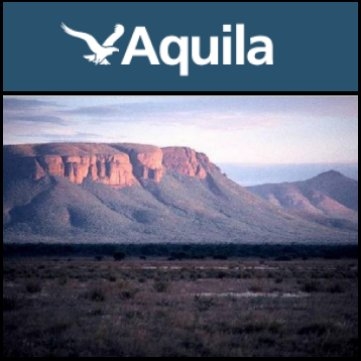 NYSE:VALE), will exercise its option to acquire BD Coal Pty Ltd's 24.5 per cent interest in the Belvedere hard coking coal project and take the Vale group's interest in the project to 100 per cent. BD Coal is Aquila's wholly owned subsidiary. Under an agreement, the price payable to the Aquila for the interest to be purchased by Vale Belvedere pursuant to the exercise of the options is based on the fair market value of that interest.

ASX:SGT) said today its wholly owned subsidiary, SingTel Optus has priced a HK$ 1 billion, 10 year note issue distributed to institutional investors. The notes, denominated in HK dollars, carry an annual coupon of 3.825 per cent per annum and will mature on 10 June 2010. The notes were issued under Optus' EUR2 billion medium-term note program announced in July last year. The telecom carrier says the issue forms part of Optus' long term financing strategy. Optus will use the funds for general corporate purposes.

ASX:NAB) said today that it is considering the possible divestment of the North Wealth.net investment platform business of AXA Asia Pacific Holdings Limited (

ASX:AXA) . NAB is in preliminary discussions with AXA APH, the ACCC and other interested third parties in the divestment. But the bank also said there is no assurance that such a proposed divestment will occur or that it will address the concerns raised by the ACCC. The competition watchdog in April opposed the bank's proposal to acquire the Australian and New Zealand businesses in AXA APH. ACCC approval was one of the conditions for the deal, under which NAB would buy all of AXA APH, then divest the Asian businesses to Paris-based AXA SA.