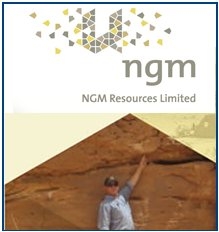 The world's fourth largest producer of uranium, Niger is of great import to NGM. The Company's wholly-owned subsidiary, Indo Energy Limited, is the holder of three uranium exploration concessions in Niger's highly prospective Tim Mersoi Basin, where uranium has been mined and supplied to Europe for the past 40 years. NGM has recently completed its second drilling program and completed aerial surveys and field programs. The Company has announced an initial inferred estimated resource at its Takardeit prospect produced from this recent limited campaign.

In Madagascar, promising iron ore and mineral sand concessions have been identified, and exploration at the Analalava and Mahanoro projects is ongoing.

The NGM board and management are technically and commercially experienced in the exploration and development of international projects.