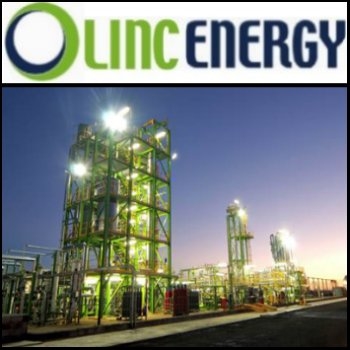 PINK:LNCGY) is pleased to announce the sale of its noncore coal tenement in the Galilee Basin, EPC 1690, to Adani Mining Pty Ltd ("Adani"), a subsidiary of Adani Enterprises Ltd (

BOM:512599), for A$500 million in cash and a A$2 per tonne royalty (indexed for C.P.I) for the first twenty years of coal production, creating a total estimated revenue stream of approximately A$3 billion to be paid to Linc Energy.

Adani has already obtained approval from the Foreign Investment Review Board (FIRB) for the acquisition, as well as indicative approval for the transfer of the Galilee tenement from the Queensland State Government.

The A$500 million upfront payment has today been deposited into escrow and will be released to Linc Energy immediately upon receipt of the final Galilee tenement transfer approval from the Queensland State Government.

Linc Energy has also secured the exclusive right to negotiate with Adani on the joint development of any proposed future Underground Coal Gasification (UCG) operations within the Galilee tenement.

Linc Energy's CEO, Mr Peter Bond, said today, "This is an exciting day for Linc Energy and its shareholders. We have worked tirelessly over many months to maximise the outcome of this first coal sale for our shareholders".

"The royalty agreement gives Linc Energy the flexibility to monetise the royalty now or hold it and receive the full benefit of twenty years of cash flow," he said.

"This transaction provides shareholders with a Net Present Value (NPV) of approximately A$1.5 billion, with the opportunity to earn over A$3 billion in revenue over the life of the royalty.

This is undoubtedly a great result for the Company," the Linc Energy CEO said.

"The value of the Galilee tenement and the strong interest in the other coal tenements held by the Company are just indicators of the depth, quality and potential of Linc Energy. This sale becomes a springboard from which the Company can now aggressively pursue its commercial aspirations within Australia and other parts of the world," Bond said.