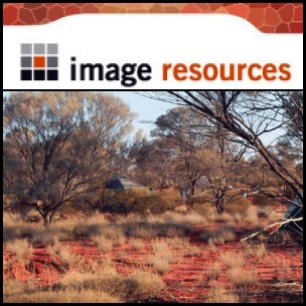 PINK:IMREF) has applied for three tenements covering 775km2 approximately 80km west of its Serpentine Lakes tenements and adjacent to its Wanna South and Forrest Lakes tenements. This acquisition brings Image's tenement holdings in this part of the Eucla Basin to 1,623km2.

ASX:DRX), which recently announced the signing of an MOU with Chinese firm BaoTi to progress the development of the Cyclone deposit. Image is encouraged by this announcement and is targeting its exploration on a repetition of the Cyclone deposit, which is approximately 10km in length and is formed in a southwest facing bay similar to that at the Victoria project.

The second shoreline feature is covered by a single tenement (Forrest West) of 355km2 adjacent to Image's existing Forrest Lakes project. The Forrest West tenement covers a section of the Ooldea Shoreline down drift from a large palaeo drainage and estuary. The target area consists of lunette dunes formed on the eastern edge of the estuary and a potential headland to the east (down drift) of the drainage. The prospective area extends over a strike length of 30km. The target mineralisation in this area is either a typical strand type deposit along the shoreline or an analogue of the Notrab deposit held by Dominion Mining (

Recent discoveries by the Red Metal-Bemax joint venture continue to highlight the potential of the Eucla Basin for the discovery of further world class heavy mineral deposits. Image views this central part of the Eucla Basin as presenting an exciting opportunity to replicate the successes further east in South Australia, with the Cyclone discovery potentially indicating a second high value heavy mineral province in the Eucla Basin. On completion of permitting Image plans to carry out aircore drilling with the aim of augmenting its existing discovery in this prospective region. 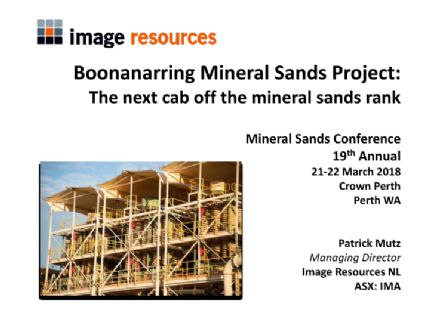