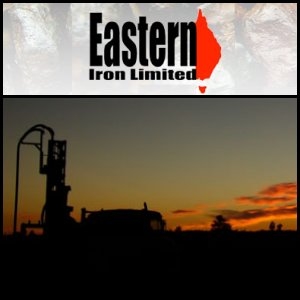 ASX:EFE) is pleased to announce the acquisition of Eulogie Magnetite Project In Central Queensland.

This line is rated for high tonnage loadings and is part of the Central Queensland coal network.

Titanium and vanadium-bearing magnetite is concentrated within shallow dipping (30-40 degrees) gabbroic layers (ferrigabbro) up to 100m thickness within a layered igneous complex. The geology and nature of the ferrigabbro layers is almost identical to those recently drilled at the Hawkwood project and it is expected that iron products from the two areas will have many similarities.

In 1989 Thiess Contractors Pty Ltd examined the project as a possible source of iron ore for a proposed steel plant located at Gladstone. A pre-feasibility study was completed and included 30 RC and cored drill holes. Thiess estimated a resource based on the drilling, which at this stage may not be considered as JORC compliant, and also identified additional potential beyond the areas tested by drilling.

In consideration of acquiring a 100% interest in the Eulogie Project and associated Mineral Development Licence, Eastern Iron has agreed to issue 2.5 million shares to RMM. The transaction is subject only to the satisfactory completion of legal due diligence.

There remains an overriding 2.5% Gross Proceeds royalty on production from the MDL which is payable to the original vendors of the property.

The acquisition of the Eulogie project provides Eastern Iron with a potential additional source of iron ore product in the Central Queensland area supplying a common export point at Gladstone Port. Eulogie, whilst with less resource potential than Hawkwood, is even better placed with respect to existing rail, road and port infrastructure and potentially could be brought on stream at relatively low capital cost and within a shorter time frame. This provides a number of options including sequential or staggered development of the two projects using cash flow from Eulogie to support a development at Hawkwood.

Over the coming months Eastern Iron will continue evaluating the resource potential at both Hawkwood and Eulogie including further product sampling and test work to better define the characteristics of the iron concentrate.

Eastern Iron Limited (ASX:EFE) is an Australia-based company. The principal activity of the Company is the discovery and delineation of iron ore resources and reserves in eastern Australia and the development of those resources. 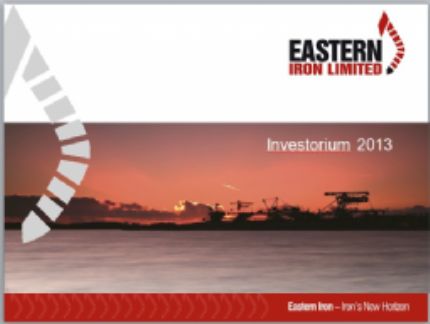 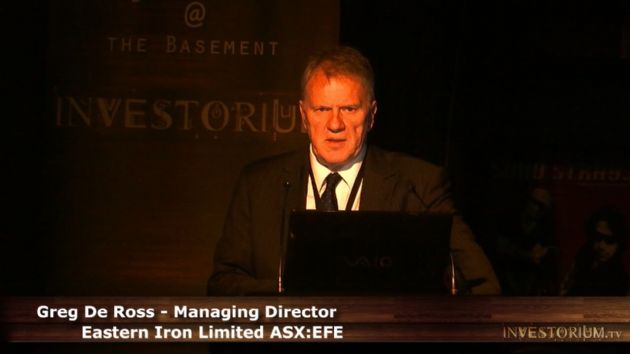