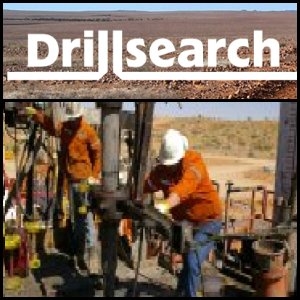 PINK:DRLLF) wishes to advise that the requisite majority of Innamincka Petroleum Limited (

The offer represented a significant premium for Innamincka shareholders, reflecting the complimentary portfolios across the Cooper Basin and complimentary commercial, operational and technical expertise of the two companies to support the development of the Innamincka assets.

Under the Merger Implementation Agreement, Drillsearch and Innamincka have an obligation to consult in good faith for a period of 5 business days with a view to determining whether the Scheme or another transaction may proceed by an alternative approach or agree to extend the end date for satisfaction of the shareholder test (i.e. have another shareholder meeting) to a date that is 5 business days prior to 31 March 2011. Drillsearch will be consulting in good faith with Innamincka as required under the Merger Implementation Agreement.

Whilst Drillsearch is disappointed by the outcome of the Innamincka shareholder vote, more importantly the result of the Innamincka shareholder meeting does not change Drillsearch's corporate strategy to remain focused on our four business streams in the Cooper Basin including the development of tight oil plays throughout the basin. Drillsearch has significant near term activity planned in PEL 91 with a 5 well drilling campaign scheduled to start in January/February 2011 and the company is rapidly progressing the development of the Western Cooper Gas & Liquids Project.

In addition to these conventional oil and gas growth streams, the Company also holds a major unconventional resource position in the emerging Cooper Basin shale gas play which is quickly emerging in the Central Cooper Basin Nappamerri Trough. Drillsearch holds over 2500 km2 in the shale gas fairway and the Company is looking forward to progressing our activity over this play.

We remain committed to creating shareholder value from our existing portfolio and the Company strongly believes it has an exceptional land acreage position within the Cooper Basin.