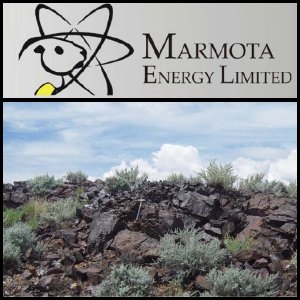 ASX:MEU) announced significant iron and manganese results from a follow up rock chip sampling program completed at its 100% owned Western Spur project in the northeast of South Australia. Grades ranging up to 58.94% Fe and 28.07% Mn were returned. Historic mine shafts were discovered displaying visible iron mineralisation extending to depth. The Company plans to carry out geophysical surveys to better define the extent of potential iron and manganese mineralisation and to identify targets for drill testing.

PINK:BYRSF) for coal sales of up to 300,000 tonnes from Kangaroo's 100%-owned Mamahak Coking Coal Project in Indonesia throughout 2011. Operations are continuing to ramp-up at Mamahak with total sales of 9,882 tonnes and 20,950 tonnes reported for the months of December 2010 and January 2011 respectively.

ASX:MAT) has received very encouraging results from its Dundas Magnetite Project. Concentrate grades of up to 70.7% Fe were achieved and drilling has provided a clear focus for further work at the Project. The Company plans to commence a follow up drilling programme to determine an Inferred Resource at the Project.