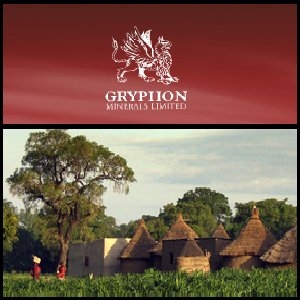 ASX:BDR) announced further highly significant drill results including 3m at 45.9 g/t gold and 14m at 19.9 g/t gold at Tucano Gold Project in Brazil. The drill results continue to extend high grade mineralisation zones in all parts of the Tapereba AB deposit. The new results have also demonstrated the potential for future resource and reserve additions with ongoing drilling.

ASX:CLY) has intersected high-grade gold, silver and base metal mineralisation at its 100%-owned Condobolin Project in central New South Wales. Multiple target zones remained open at depth and along strike. The Company will commence a broader, regional scale exploration program to test the potential of the mineral field. A diamond drilling program is planned in the June quarter 2011.

ASX:BTR) announced a placement of 16,032,700 ordinary shares to its joint venture partner Glencore International AG. The placement, which will raise approximately A$10 million, will fund exploration projects including further gold exploration in Burkina Faso and will support potential further investment in the Perkoa Zinc Project in Burkina Faso. Following the placement, Glencore will become Blackthorn's largest shareholder with a holding of 13%.