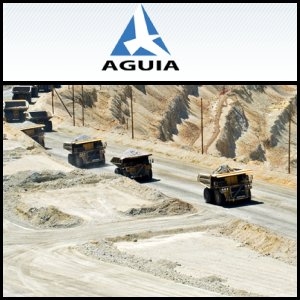 ASX:AGR) has commenced drilling at the Lucena Phosphate Project in north eastern Brazil. The 20 diamond drill hole program will test for significant widths and thicknesses of phosphate mineralization to enable the rapid development of a start-up project. The project hosts excellent logistic and infrastructure including roads, water, railways, energy and is located near fertilizer producers.

ASX:NGY) has been awarded a third coal bed methane Production Sharing Contract covering a concession area of 1209km2 in Indonesia. The Company now has a total granted area of 4,856km2 across the three Production Sharing Contracts. All concessions are located close to existing oil and gas infrastructure and contain thick sections of coal at optimal depths, appearing robust for coal bed methane development.

ASX:ELM) announced its maiden Mineral Resource estimate for the Kola deposit in the Republic of Congo. Total Indicated and Inferred Mineral Resources are estimated at 804Mt at 19.53% K2O. The Company will focus on completing the feasibility study and building a major new potash project. Phase 2 drilling programme to further extend the resource is scheduled to commence within four to six weeks.

ASX:SGY) has increased its interest to 100% of a core 10,000 acre Kreyenhagen Ranch lease of the Kreyenhagen Project in the San Joaquin Basin, California. The Company now has approximately 16,000 acres in the project area and is the Operator of the Project, which contains an existing shallow oil field with up to 300 million barrels of oil.