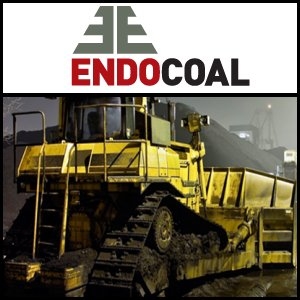 ASX:EOC) announced a company development strategy which is to develop the Orion Downs thermal coal project, to delineate a JORC resource at its Rockwood PCI coal discovery and to explore the Talwood-Pretoria Hill coking coal prospect. To implement this strategy the Company has appointed Mr Tim Hedley, a mining engineer with over 30 years' experience in coal mining, as Chief Executive Officer. The Company is expecting to commence mine operations at Orion Downs by 2013.

ASX:CMC) has commissioned its existing magnesium ingot production plant in northern China and will commence magnesium production in April. The plant will initially produce approximately 2,000 tpa of magnesium and will gradually increase to 20,000 tpa as the plant expansion continues. The Company is aiming to achieve a production capacity of 105,000 tpa in three years.

TSE:MOL) said today that China Development Bank has approved US$500 million in project finance facilities to develop the Spinifex Ridge Molybdenum/Copper mine. Moly Mines is currently in advanced negotiations with an engineering consortium for the construction of the mine and associated processing plant with a designed capacity of 10 million tonnes per annum. Once drawdown of the funds is available, construction of the mine and processing facilities will take approximately 24 months.