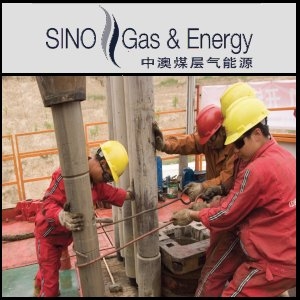 At year end RISC will update the valuation on both the Linxing and Sanjiaobei Projects and consider the increased resources, successful flow tests, increased gas recovery per well, updated field development plans and the general improvement in the gas price régime in China.

Preliminary indications, which are subject to confirmation, indicate that the resource increase and gas price improvement should more than double Sino Gas's share of the Sanjiaobei project valuation to at least $US 500 million.

"The 2011 work program has delivered a major resource upgrade, and moves the Sanjiaobei project towards early development with pre-production gas sales anticipated as early as mid 2012.

"Together with PetroChina Coal Bed Methane (PCCBM), Sino Gas is conducting a program designed to deliver the Chinese Reserves Report on the Sanjiaobei PSC. This represents a key part of the approvals for development of the project.

The Chinese Reserve Assessor, the National Centre for Coal Bed Methane (NCCBM), and Sino Gas have implemented a work program during 2011 in accordance with Chinese reserve regulations which has seen the completion of an extensive seismic program, drilling of a new well and multiple flow tests.

This work has delineated an area for the 1st phase of a development on the Sanjiaobei PSC and enabled locations for further wells to be identified. An additional well, SJB2 is currently being drilled, other wells will be drilled in early 2012", said Mr Harper.

In addition to the drilling of SJB2 on the Sanjiaobei PSC, Sino Gas is also flow testing the SJB1 well and conducting a Trial Production Operation (TPO) on its TB04 well. On Sino Gas's Linxing Project, Sino Gas is also drilling a well designated as TB10.

These activities will be completed around year-end and at that time Sino Gas will provide a full year update on its independently certified reserves and resources and valuation on both projects.

The interim Reserves and Resource certification was completed by RISC under the Society of Petroleum Engineers Petroleum Resource Management System (SPE PRMS), as at 1 November 2011, and details can be found from the link at the bottom of the release.

In determining the current Reserves and Resources, RISC have classified the resources into Contingent Resources and Prospective Resources, the difference being:

- Contingent Resources are associated with potential future development areas that have been confirmed by exploration and appraisal, and would be expected to mature to Reserves in phases as development plans for that phase are matured - supported by successful pilot test results; and

- Prospective Resources lie beyond the Discovered Area and would be expected to mature into Contingent Resources as further successful exploration proceeds. 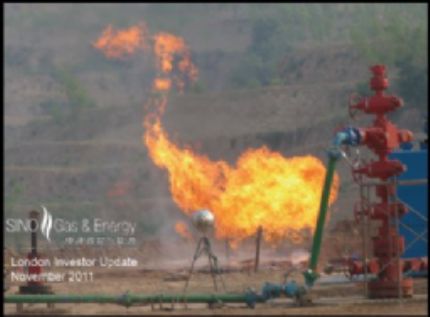