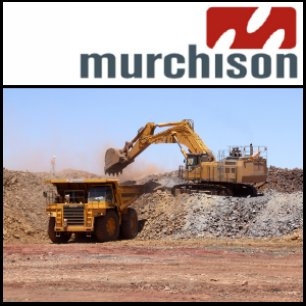 ASX:MMX) has been advised that the Western Australian Minister for the Environment, Mr Bill Marmion, has approved the Jack Hills Expansion Project ("JHEP") under Part IV of the Environmental Protection Act 1986.

The Minister's approval follows a favourable recommendation by the Environmental Protection Authority ("EPA"), as announced on 16 August 2011, and a determination in April 2011 by the Commonwealth Department of Sustainability, Environment, Water, Population and Communities that the JHEP was not a "controlled action" and would not require further approval under the Environment Protection and Biodiversity Conservation Act 1999 ("EPBC Act").

The JHEP is owned by Crosslands Resources Ltd ("Crosslands"). As announced on 24 November 2011, Murchison has agreed to sell all its interests in Crosslands and Oakajee Port & Rail to Mitsubishi Development Pty Ltd for A$325 million.