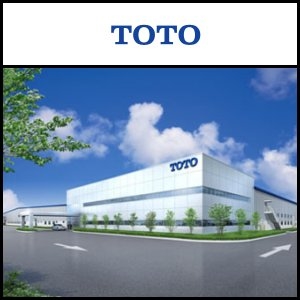 TYO:5332), Japan's leading manufacturer of sanitary ware and bath fittings, says that construction of its Indian factory in Gujarat will commence in March 2012, with production expected to commence in July 2014. By setting up a new manufacturing base in India, TOTO expects to bring down prices and serve some of the markets in the region. The Indian factory is part of TOTO's global business expansion plan, covering important markets such as Americas and China.

SHE:000069) has extended the expiration date of the Memorandum of Understanding signed in September 2011 with Universal Studios Japan, the operator of the Universal Studios theme park in Japan. The two companies are in talks to set up a joint venture in Shanghai to improve the operating performance of Shenzhen Overseas Chinese Town's theme park in Huaqiaocheng, Shanghai.

SHE:002167) says that the Company achieved significant revenue growth in the first three quarters of 2011, due to rising Zircon prices worldwide. The Company is anticipating another year of success in 2012, with zircon prices expected to continue to grow, and its joint venture project in Australia with Australian Zircon (

ASX:AZC) ready to enter into the mining stage. The project has an annual production capacity of 35,000 tonnes of zircon concentrate.

TYO:4208) has established a subsidiary in Taiwan in December 2011 to engage in the marketing and sales development in the Taiwanese market. The new subsidiary will commence operation in February 2012. Ube is endeavoring to strengthen its global business development by targeting growing markets. As part of this effort, the Group established local sales subsidiaries in Brazil and South Korea in July 2010 and March 2011 respectively, and established a subsidiary in India for the machinery business in December 2011.