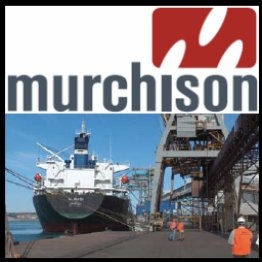 ASX:MMX) announces significant changes to the Board of the Company following the successful completion of the Mitsubishi transaction.
Non-executive directors, Mr James McClements, Ms Samantha Tough, Mr Peter Wasow, Mr SM Woo and Mr Rod Baxter have stepped down from the Board and Mr Ian Burvill and Mr Soocheol (SC) Shin have been appointed.

Murchison Metals Chairman, Mr Ken Scott-Mackenzie said that the changes to the Board reflect Murchison's current circumstances following the sale of the Company's mid-west interests.

"In the period since May 2011, the directors have steered the Company through a complex strategic review that culminated in the sale of investments in Crosslands and OPR to Mitsubishi for $325 million" said Mr Scott-Mackenzie.

"I would also like to welcome Ian Burvill and SC Shin to the Board and look forward to the skills and perspectives they can bring to the Company. Ian and SC have significant experience in the evaluation of natural resource projects, which will be particularly valuable for Murchison as we consider the merits of any investment opportunities in the natural resources sector.

"While returning funds to shareholders remains our default position, we would be remiss not to evaluate other available opportunities for shareholders during this period," said Mr Scott-Mackenzie.

Mr Ian Burvill has 26 years of mining industry experience on projects around the world. For the first phase of his career he worked as a mechanical engineer, designing and constructing mineral process plants. After gaining an MBA, Mr Burvill spent nearly nine years in banking, working on project finance of mining projects. In his most recent role, Mr Burvill served with Resource Capital Funds on a wide range of investments across the mining industry. Mr Burvill's experience encompasses Board positions on a number of mining and engineering companies including Excel Mining (coal; taken over by Peabody Energy), QMAG (unlisted, magnesia), Highlands Pacific (nickel, copper-gold) and Australian Solomons Gold (gold).