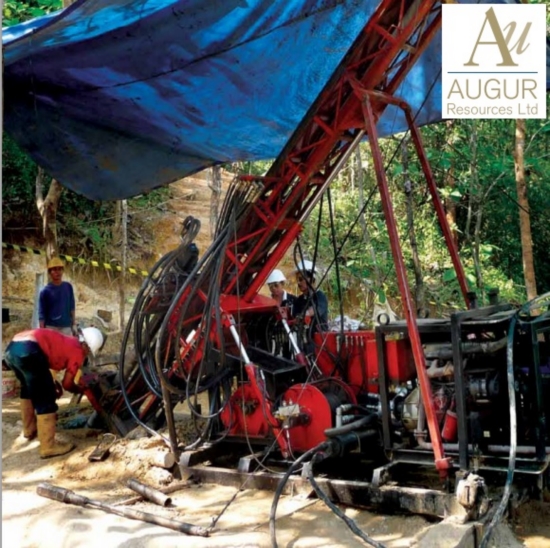 ASX:AUK) are pleased to advise they have received the maiden resource estimate for the Randu Kuning deposit, within the Wonogiri project, with the following highlights:

- Randu Kuning resource open to the south, east and at depth with no forestry restrictions on the deposit.

- Discovery cost less than $4 per ounce, with resource defined by Augur in a little over a year.

Augur's Managing Director, Grant Kensington stated; "We are tremendously encouraged about the prospects for Wonogiri and the Randu Kuning resource. We have been able to define a significant shallow resource in just over a year for less than $4 per ounce.
Metallurgical results have so far been excellent with 82.7% gold and 94.1% copper recovery in the sulphide. This project will now move to a pre-feasibility study.

A number of other prospects remain to be fully tested at Wonogiri. We will continue to focus on these prospects with the aim of defining further shallow gold mineralisation."

Augur commissioned Computer Aided Geoscience Pty Ltd ('CAG') to undertake an independent resource estimate in accordance with the JORC Code for the Randu Kuning gold-copper deposit within the Wonogiri project.

The resource estimate covers the Randu Kuning gold-copper porphyry zone where mineralisation exists from surface to over 400 metres depth and excludes some of the additional epithermal targets to the south, west and east of the deposit.

For Details of the resource estimate, see link at bottom of release.

Resource estimate of the Randu Kuning deposit within the Wonogiri project.
All figures are rounded and summation differences in totals are due to rounding.

The resource was estimated using Inverse Distance techniques based on a total of 55 diamond drill holes. Holes are generally drilled on fences of 50 metres spacing.

The block model used in the estimation was based on 10 (cross strike) x 10 (along strike) x 5 (depth) metre blocks. Extrapolation along strike and interpolation between drill sections was limited to a maximum of 65 metres for Measured, 110 metres for Indicated and 150 metres for Inferred.

A total of 171 specific gravity measurements were collected and average bulk densities calculated for each rock type. These were then applied to the estimated block volumes.

Based on statistical analysis, no top cut to the gold or copper was required.

Mineralisation is associated with quartz stock working and as disseminated mineralisation within a series of micro-diorite to medium grained diorite intrusives.

Augur will commence a prefeasibility study of the Randu Kuning deposit and continue the identification of additional shallow gold, copper and silver mineralisation within the Wonogiri project area.

To view the complete Augur Resources announcement including details of Resource Estimate and Figures, please click the link below:
http://media.abnnewswire.net/media/en/docs/73164-ASX-AUK-685657.pdf

Augur Resources Limited (ASX:AUK) is a successful Australian based resource development company, with a focus on gold and copper within Indonesia and nickel projects within Eastern Australia.

The Company has a highly experienced Board and Management team, which includes extensive corporate and management experience in gold and copper exploration and mining.

Augur is advancing the Wonogiri and the Central Jampang Gold projects in Java, Indonesia. The company focuses on advanced projects with near surface gold mineralisation and good infrastructure supporting the projects. Augur has a very active drilling program at both of its Indonesian projects allowing for regular news flow. 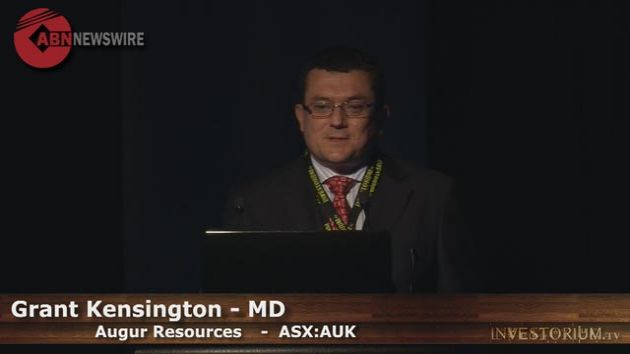