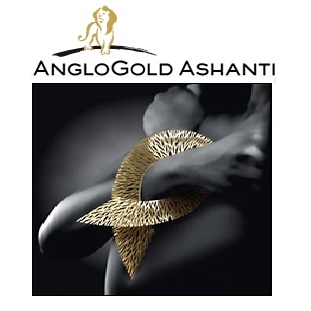 NYSE:AU), stood before a capacity crowd over lunch and expanded on the company's achievements and plans. This 7 minute video includes the presentation made to the Mining Club.

Mark Cutifani was appointed to the board of AngloGold Ashanti on 17 September 2007 and as Chief Executive Officer on 1 October 2007. He is chairman of the Executive Committee and a member of the Transformation and Human Resources Development, Safety, Health and Sustainable Development, Risk and Information Integrity and Investment committees. Mark has considerable experience in gold mining, having been associated with the industry since 1976. Prior to joining AngloGold Ashanti, he held the position of chief operating officer at CVRD Inco, a Toronto-based company, where he was responsible for Inco's global nickel business.

AngloGold Ashanti endeavours to maximise the returns delivered to shareholders through the economic cycle, by producing gold safely, responsibly and efficiently.

AngloGold Ashanti produced 5.5 million ounces of gold in 2007 - an estimated 7% of global production - making it the third largest producer in the world. The bulk of its production came from deep level underground operations (40%) and surface operations (3%) in South Africa. Contributions from other countries were Ghana (10%), Mali (8%), Australia (11%), Brazil (7%), Tanzania (6%), USA (5%), Guinea (5%), Argentina (4%) and Namibia (1%). Today, AngloGold Ashanti has 20 operations located in 10 countries on four continents, together with a substantial project pipeline and a focused, global exploration programme. AngloGold Ashanti currently operates in South Africa, Argentina, Australia, Brazil, Ghana, the Republic of Guinea, Mali, Namibia, Tanzania and the United States.