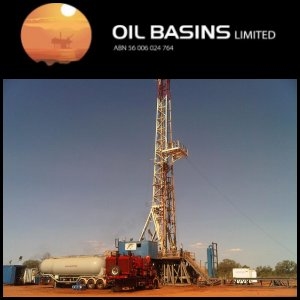 ASX:OBL) as designated Operator on behalf of the Backreef Area Joint Venture (OBL net 80% and Green Rock Energy Limited (ASX code GRK) net 20% beneficial interests respectively), has since mid-August 2012 been advancing approvals for the drilling of the East Blina-1 petroleum exploration well within L6 in the Canning Basin (Figure 1 in link below).

The Company is pleased to advise that late on 5 October 2012 it attained interim approval from the Department of Mines and Petroleum (DMP) to conduct site clearing and installation of cellar and conductor at East Blina-1, pending finalisation of the Environment Plan (EP).

The EP approval is expected during the coming week, but has been impacted and delayed by the newly introduced WA environment legislation (which became law early in September 2012) which introduces a number of new requirements relating to the listing on the public DMP website of mud and additives properties, and potentially proprietary commercial formulae, with OBL seeking the approval of the mud company (Supplier) for this disclosure.

The East Blina-1 is the first onshore exploration well in WA to be impacted by this new legislation and the Company, its Supplier and the DMP are working co-operatively to finalise a way forward.

In the interim (as all other approvals have already been attained) OBL has mobilised the Dynamic Drilling Rig #17 from Chinchilla and it is expected to arrive on the prepared well site on Sunday 14 October 2012.
It is anticipated that East Blina-1 will spud on or before Tuesday 16 October 2012 (subject to DMP Approval) and be completed ahead of the deadline to drill the
farmin commitment well by 31 October 2012.